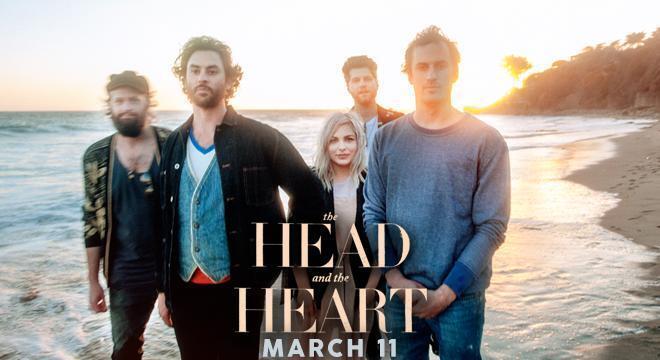 The Head and the Heart will stop at the North Charleston Performing Arts Center for a concert on Saturday, March 11th at 8 pm.

The Seattle indie-folk band has released three albums to date – 2011’s self-titled release, 2013’s  Let’s Be Still, and last September’s Signs of Light. The latter debuted at number five on the US Billboard 200. You can watch the official video for that album’s lead single at the conclusion of this post.


Tickets go on sale this Friday at 10 am. Click here for more details. Parking is $7 (cash only).

Watch the band’s video for “All We Ever Knew” below:

Follow us
Related Topics:north charleston performing arts centerthe head and the heart
Up Next