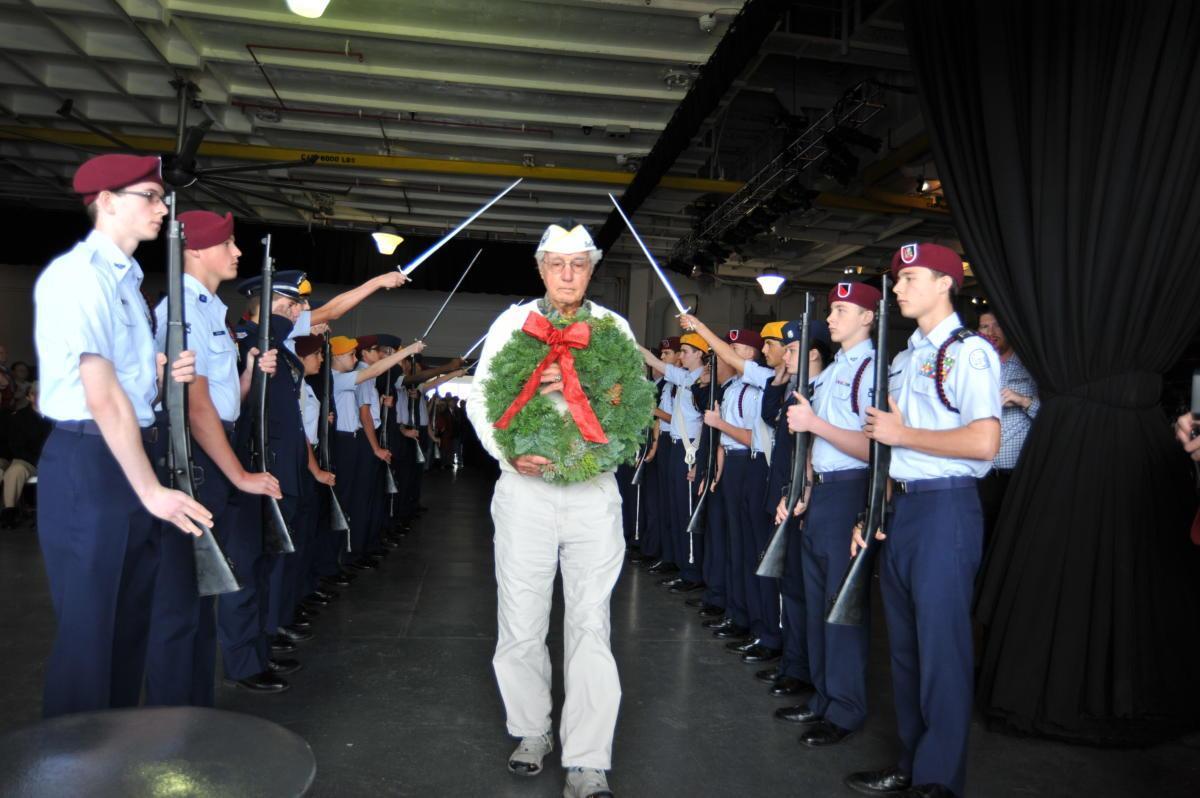 On Wednesday, December 7th at 11 am, Patriots Point Naval & Maritime Museum hosts a memorial service aboard the U.S.S. Yorktown for the 75th anniversary of the Japanese attack on Pearl Harbor.

The program includes a wreath laying, tolling of a bell, and a traditional gun salute in memory of each of the 25 known South Carolina men who were killed during the attack. The service was organized with Mt. Pleasant VFW Post 10624 and is free to attend. Admission to the museum and parking will be waived from 10 am – 11 am.

Organizers of the ceremony are currently searching for survivors of the Pearl Harbor attack on Dec. 7, 1941 who are able to attend the memorial service.  Those who served that day are asked to contact Chris Hauff at 843-881-5984.

The Japanese used more than 353 aircraft during the hour-and-15-minute attack on Pearl Harbor. More than 2,403 U.S. personnel, including 68 civilians were killed.  In total, more than 300 U.S. aircraft and 19 Navy ships were destroyed or damaged, including eight battleships.

Celebrate “Light the Lake” on Friday