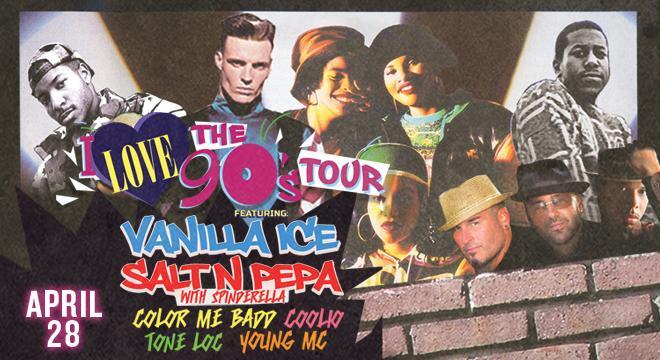 Some of the biggest names in 90s R&B, Rap, and Hip Hop will perform at the North Charleston Coliseum on Friday, April 28, 2017. The inaugural edition of the “I Love the 90s” Tour visits the Lowcountry on that date and is scheduled to include Vanilla Ice, Salt-N-Pepa with Spinderella, Color Me Badd, Coolio, Tone Loc, and Young MC.

Here’s a little refresher on each of the performers

Tickets, which go on sale Friday, December 9th at 10 am, can be purchased online. VIP Meet & Greet packages are also available. The show starts at 7 pm.

Watch Chef Brock in “The Mind of a Chef” Music Special