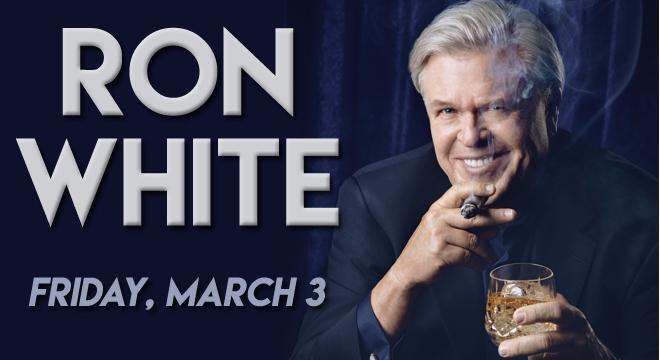 Comedian Ron “Tater Salad” White will return for a stand-up show at the North Charleston Performing Arts Center on Friday, March 3rd at 8 pm. White last appeared at the venue in 2014.


The cigar-smoking, scotch-drinking funny man is probably best know for being one of the original members of the “Blue Collar Comedy Tour.” He’s also appeared on numerous television shows and recorded a few comedy specials. His book I Had the Right to Remain Silent But I Didn’t Have the Ability was a New York Times best seller.

Comedian Katt Williams To Perform at the Coliseum on 1/21

Adam Devine Performs at the Music Hall in February