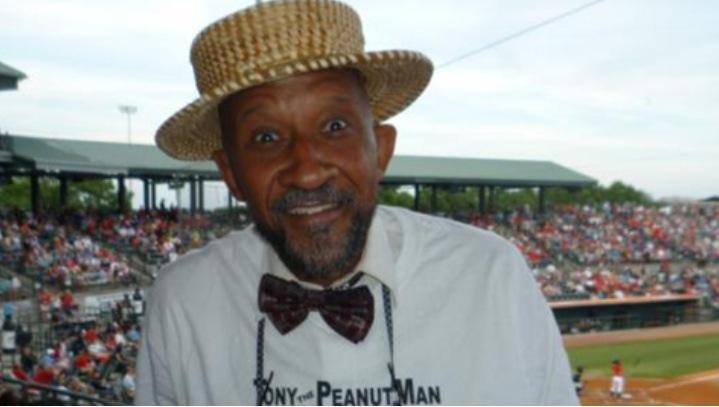 Lowcountry legend “Tony the Peanut Man” died today at the age of 63. The Charleston County Deputy Coroner confirmed his passing, saying he died of natural causes.


Tony (real name Anthony Wright) was a fixture at Charleston RiverDogs’ home games where he sold boiled peanuts to fans while singing catchy jingles. Wright, who could easily be spotted thanks to his trademark bowtie and straw hat, was a fan favorite. During games he would entertain and pose for pictures with fans.

Over the years, Wright could also be seen in the Old City Market and at local high school and college sporting events. He also had his own line of peanut products. According to his website, he delivered multiple motivational speeches to area schools and hosted an annual Labor Day cookout for the homeless in Charleston.

Earlier this year, Wright spoke with WCBD about being diagnosed with myotonic muscular dystrophy and the effect it had on it.

Tony the Peanut Man brought lots of smiles to the Charleston community and he will surely be missed.
–

Follow us
Related Topics:tony the peanut man
Up Next