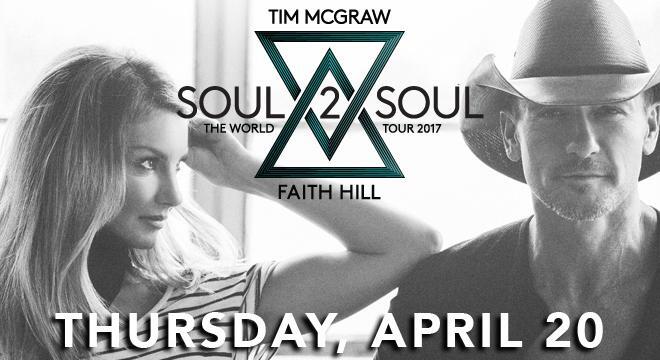 
The couple, which has dominated the music charts since the early 90s, first toured together in 1996. Four years later they created the Soul2Soul franchise. The original version tour was 2000’s top grossing and most successful U.S. tour. Their success continued in 2006/2007 when the “Soul2Soul II” tour became the most attended tour of the year. It remains the highest grossing multi-year North American tour in country music history.

In addition to their touring success, the couple has also built up an impressive resume on the music charts:

In addition, both McGraw and Hill are appearing on this season of NBC’s The Voice.

Pre-sale tickets for the couple’s North Charleston concert go on sale on Wednesday, October 26th at 10 am. To learn more, click here. There will also be a venue pre-sale starting at 10 am on Wednesday. You can access that by clicking here. Use promo code “20YEARS.”