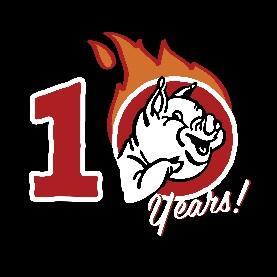 Home Team BBQ will celebrate their 10th anniversary in Charleston with a downtown block party and week-long food and drink specials at all three locations.

The anniversary party will take place from noon until 6 pm on Saturday, November 19th at the downtown location. The celebration will take place on the entire block of Williman Street from Morrison Drive to North Nassau. The fun includes:

The event is free and open to the public. Food and beverages are available for purchase.

In addition, from November 14th to the 18th, each location will have a special $10 platter with one meat and two sides.