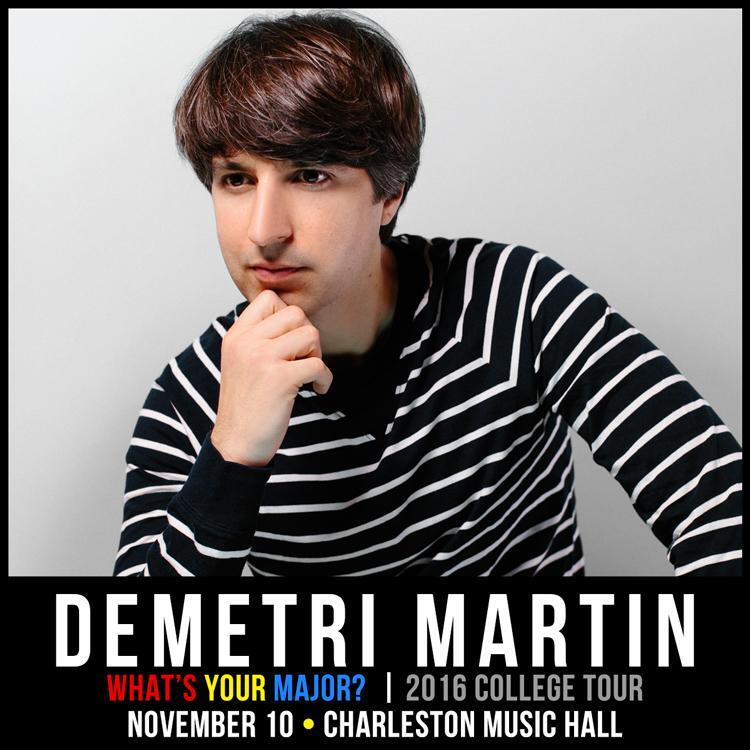 Comedian Demetri Martin will bring his “What’s Your Major? 2016 College Tour” to the Charleston Music Hall on Thursday, November 10th at 8 pm.

Martin is best know for his comedy album These Are Jokes, the stand-up special Demetri Martin. Person., and the television series he created and starred in called Important Things with Demetri Martin.

His first book, This Is a Book by Demetri Martin, is a New York Times Bestseller.

Tickets  for his Charleston performance are already on sale and can be purchased here.
–

Follow us
Related Topics:charleston music hallDemetri Martin
Up Next

Adam Devine Performs at the Music Hall in February