Update – “Unfortunately, due to a conflict with his professional schedule, Adam is no longer able to perform at the Charleston Music Hall.” 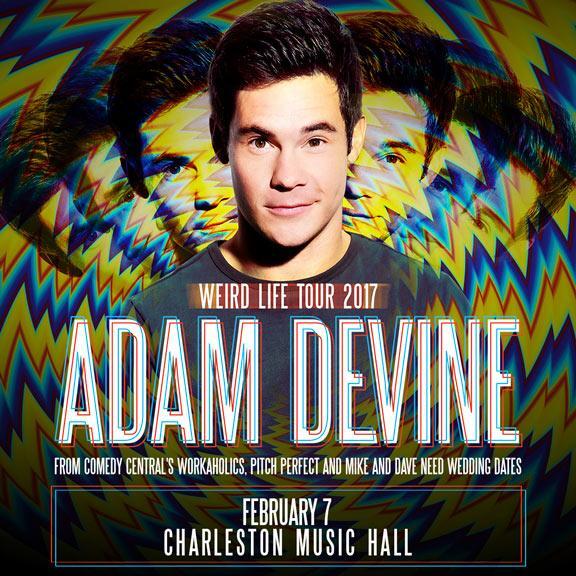 Comedian and actor Adam Devine will bring his “Weird Life Tour 2017” to the Charleston Music Hall on Tuesday, February 7th at 8 pm.

Devine is probably best known as a co-creator, writer, and star of the hit Comedy Central show Workaholics.  The success of that show led to the creation of his own program – Adam Devine’s House Party, which recently wrapped its second season.

He has also appeared in films like The Intern, The Final Girls, and both Pitch Perfect films. He’s also appeared on ABC’s Modern Family and voices the character of Pizza Steve on Cartoon Network’s Uncle Grandpa.

Tickets  for his Charleston performance go on sale Friday, October 14th at 10 am. Click here for more information.
–

Follow us
Related Topics:Adam Devinecharleston music hall
Up Next