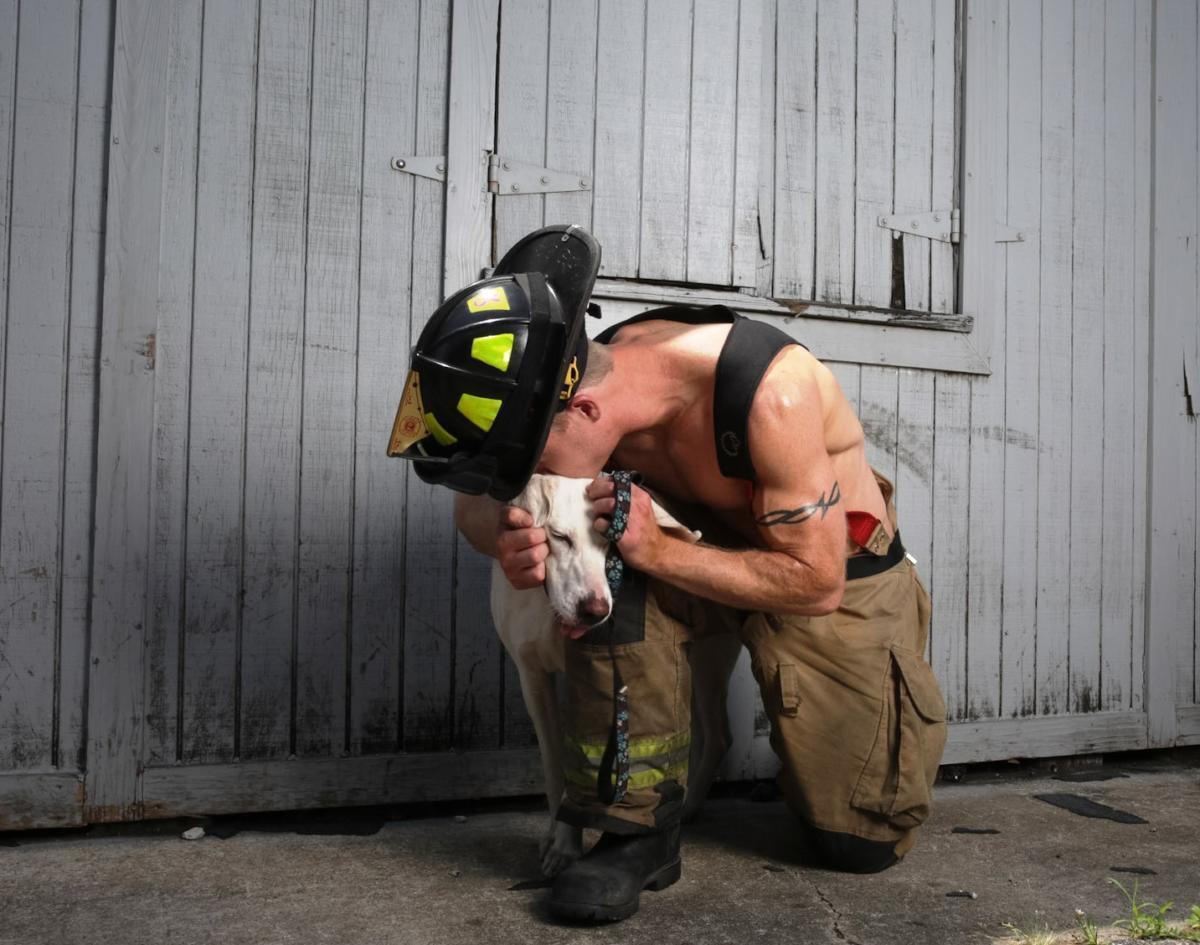 I love the story of the Charleston Animal Society’s Gumby the Hound! Read their press release regarding the little troublemaker below:

Gumby also donates blood for serum that is used to treat the eyes of kittens who are impacted by upper respiratory infections. One blood draw from a large dog could produce enough serum to treat 10 to 15 kittens! “Many people ask why we don’t use adult cats and the reason is that we don’t have a full history on the cats that come in and using serum from them could spread disease,” Dr. Angele Bice with Charleston Animal Society said. “A blood draw for a cat is very stressful on them and would only produce enough to treat one kitten.” That’s when Gumby stepped in. “He is very easy to handle and is so happy-go-lucky, that he became the perfect candidate,” Bice added.

In March, the staff started a Gumby fundraiser to get him a spot in the firefighter calendar and his modeling days were launched! “Gumby is posing with North Charleston Firefighter Adam Craft,” said Firefighter Calendar Executive Producer Caroline Toepperwein. “Gumby’s sweetness shines through in his photos, it was hard to pick the best one.”

Charleston Animal Society is taking pre-orders now for their 2017 Calendars online at www.CharlestonFirefighterCalendar.com.  Autographed and personalized 2017 Firefighter Calendars are also available but for a limited time, only through September 15th.”

Follow us
Related Topics:charleston animal societycharleston area firefighters
Up Next