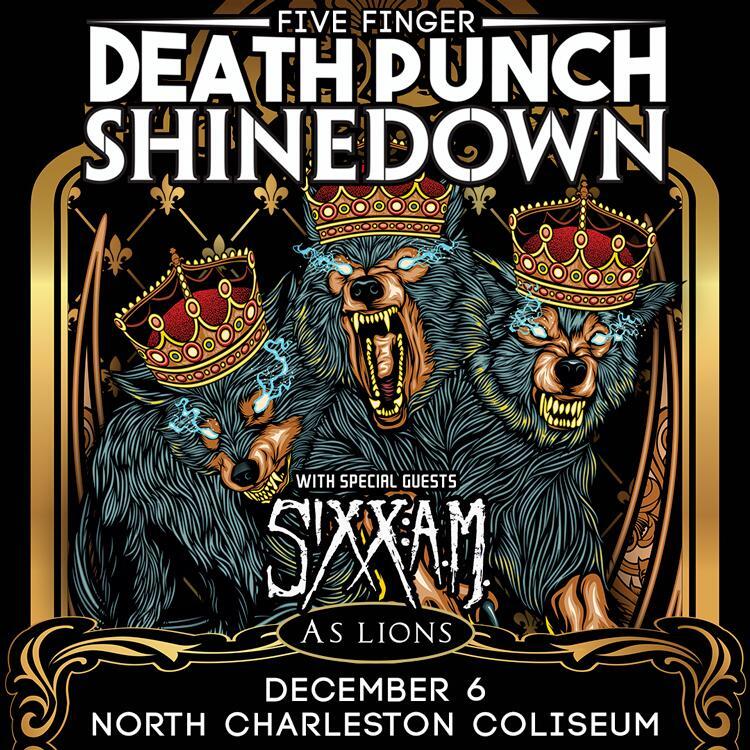 Heavy metal rockers Five Finger Death Punch and Shinedown have extended their current tour to include a stop at the North Charleston Coliseum on Tuesday, December 6th. Special Guests SIXX:A.M and UK newcomers As Lions will open the show.

Tickets are available for purchase on the following dates:

The four bands have partnered to donate $1 from each ticket sold to four hand-picked charitable organizations close to their hearts: Five Finger Death Punch chose the Badge of Honor Memorial Foundation, Shinedown selected MusiCares, Sixx:A.M. will support Don’t Sell Bodies, and As Lions will donate to Make A Wish America.

In addition to the $1 donation per ticket, the bands have teamed up with Crowdrise to give fans the option to enter for the chance to win VIP tickets plus a Meet & Greet by choosing to donate an additional $5 at the time of ticket purchase.