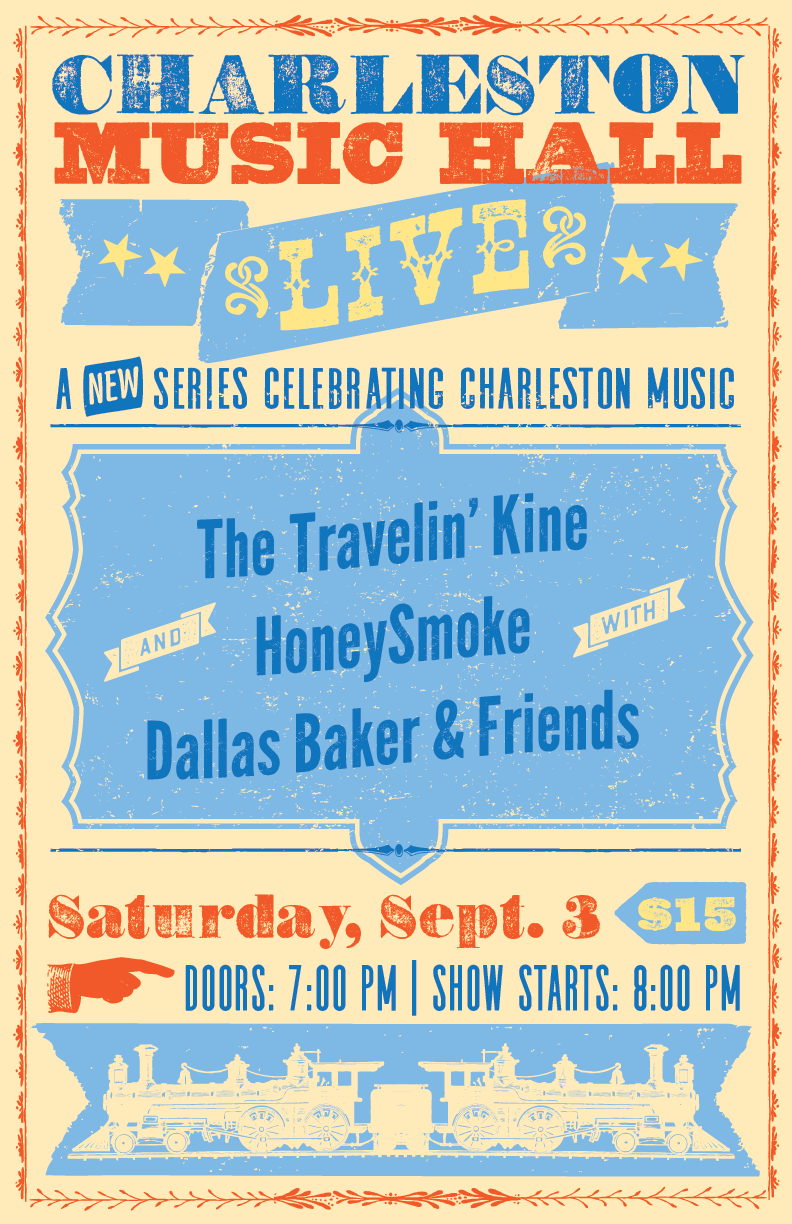 
Each band will play a 30-minute set consisting of their top 3 favorite original songs and a few covers of artists that inspire them. In addition, each show will have a unique host to lead the evening.

Here’s some background on each of the bands:

Tickets for the concert can be purchased here.

Follow us
Related Topics:charleston music halldallas baker and friendshoneysmoketravelin kine
Up Next