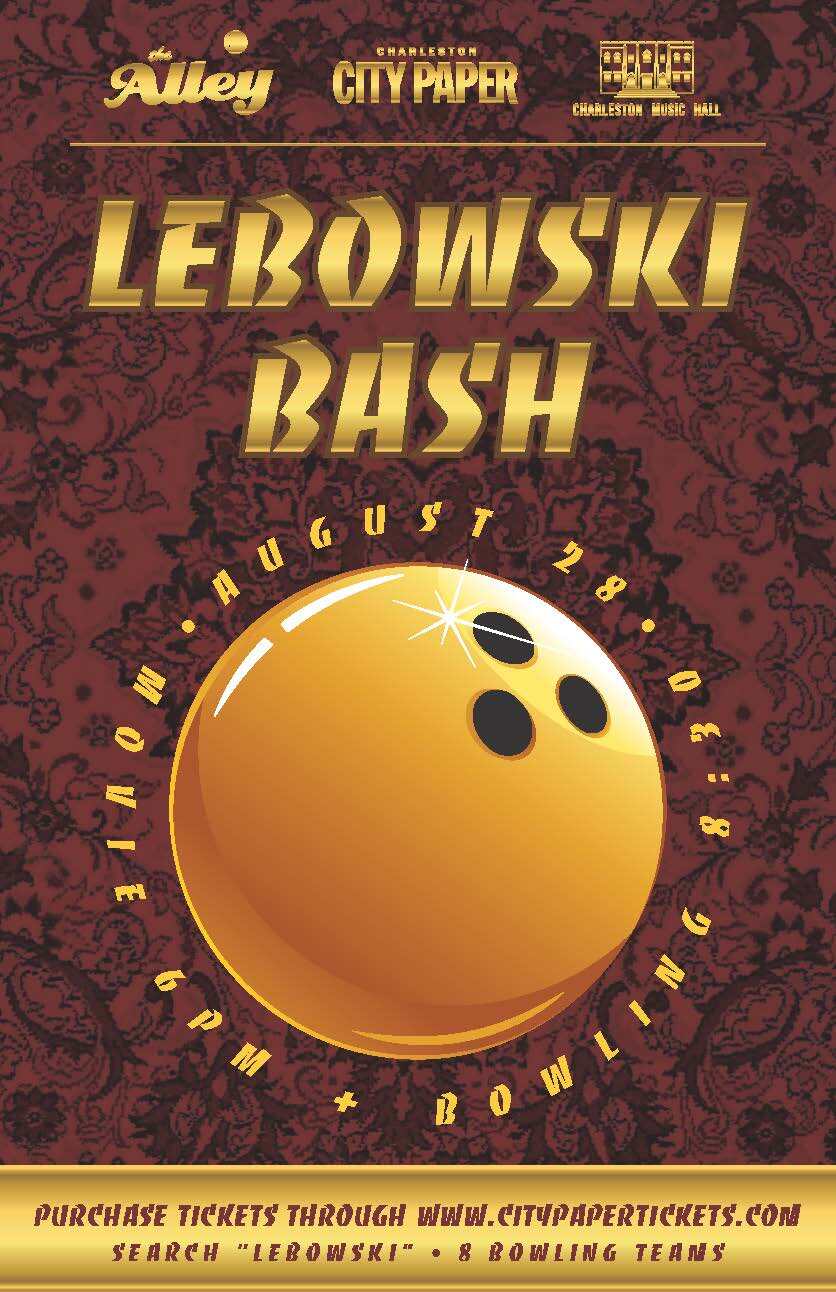 The Charleston Music Hall, The Alley, and the Charleston City Paper have once again teamed up for the annual Lebowski Bash. The fourth edition of the event will be held on Sunday, August 28th at 6 pm.


This year, there are two ticket options, but each includes a viewing of the cult classic at the Music Hall and a White Russian at The Alley:

There will also be a costume contest to win FREE Music Hall tickets and Alley prizes. Winners will be chosen at the after party.