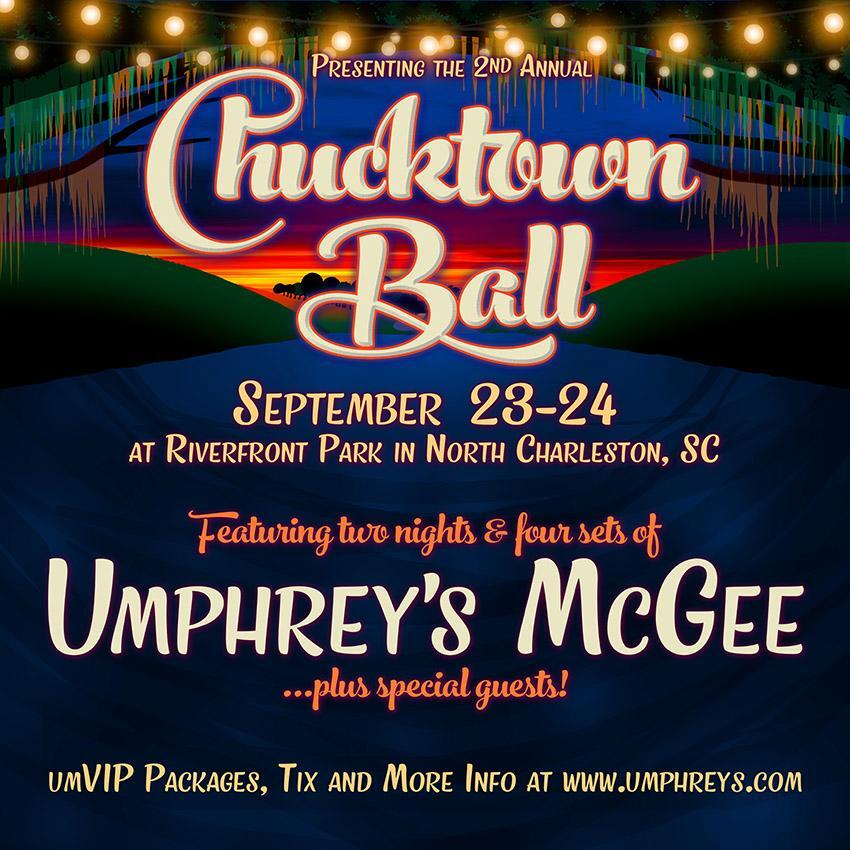 UPDATE – 9/21/16: This event has been moved to the North Charleston Coliseum.

Progressive rock road warriors Umphrey’s McGee (UM) will return to the Lowcountry in September for the Chucktown Ball and their charity golf tournament.

Last September, the band’s two-day concert event was held at the Music Farm, but this year they’re moving things

During each night of the Chucktown Ball, two sets of UM will be preceded by performances by special guests: Moon Taxi and Dead 27s on
Friday September 23rd; and The Floozies, Dangermuffin, and The Hip Abduction on Saturday, September 24th.

The shows will also feature local food, libations, and vendors. Aside from regular admission, the abnd will also offer the umVIP elevated concert experience (how does a pre-show BBQ sound?) and umVIP travel packages.

A portion of the event’s proceeds will go to the MUSC Shawn Jenkins Children’s Hospital.

UM will close out the Chucktown Ball weekend with a charity golf tournament on Sunday, September 25th at the Wild Dunes Harbor Golf Course. The fun begins at 1 pm with a shotgun start.

Attendees will have the opportunity to play alongside members of UM and other special guest musicians. Plus, there will be opportunities to compete in longest drive, closest to the pin, longest putt, and straightest drive contest. Participants can also expect exciting surprises throughout the event.

The tournament ends with an extended cocktail reception including food, beverages, a silent auction, raffle, an awards ceremony, and local entertainment. For more information, click here.
–

The Peach Kings Visit The Vinyl Countdown in August