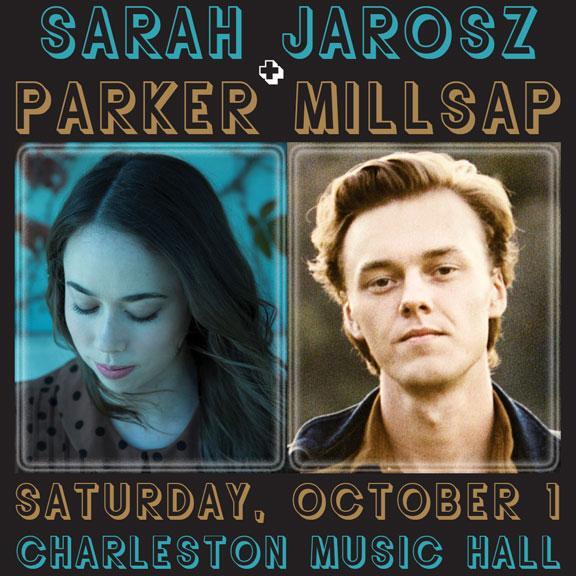 On Saturday, October 1st, Sarah Jarosz and Parker Millsap will perform at the Charleston Music Hall. The show will start at 8 pm.

Jarosz is a Grammy-nominated singer-songwriter and multi-instrumentalist. She will be touring in support of her fourth full length album, Undercurrent. The record was released in June and made it to No. 1 on the Billboard Bluegrass chart.

She will be joined by Parker Millsap, a 23-year-old singer-songwriter and multi-instrumentalist from Oklahoma. In 2014 the Americana Music Association named him one of 2014’s Emerging Artists of the Year. His most recent album, The Very Last Day, was released in March. It reached No. 1 on the Billboard Americana charts.

Tickets for their Charleston show will be available at 10 am on Friday, July 29th. Visit the official website for more information: http://charlestonmusichall.com/event/sarah-jarosz-parker-millsap/
–

Follow us
Related Topics:charleston music hallParker MillsapSarah Jarosz
Up Next

Get a Taste of East Nashville at the Charleston Music Hall