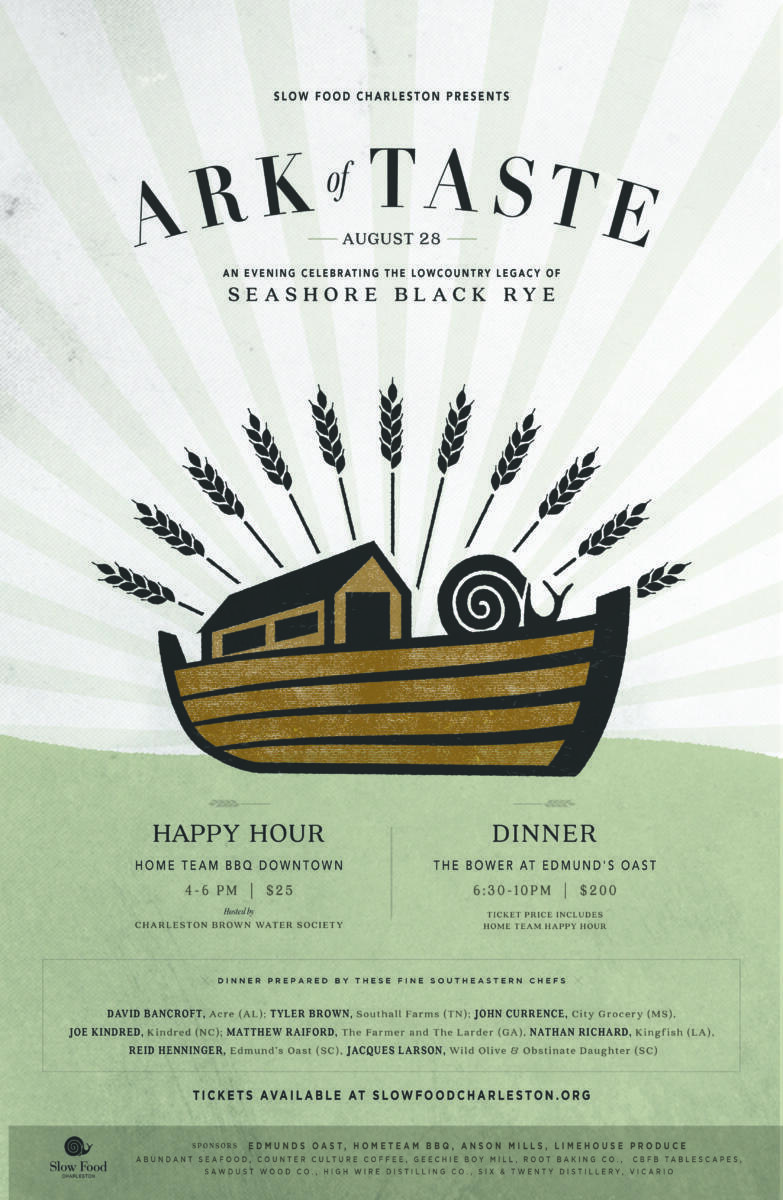 On Sunday, August 28th, Slow Food Charleston hosts the second annual Ark of Taste Dinner in The Bower at Edmund’s Oast. The event will be preceded by a happy hour at the downtown Home Team BBQ.
According to a press release, The Ark of Taste is “a living catalog of delicious and distinctive foods facing extinction. By identifying and championing these foods we keep them in production and on our plates. The Ark of Taste is a tool for farmers, ranchers, fishers, chefs, grocers, educators, and consumers to seek out and celebrate our country’s diverse biological, cultural and culinary heritage.”
The dinner at Edmund’s Oast will be a celebration of Slow Food Charleston’s nomination of Seashore Rye to the Ark of Taste list. Served family style, the meal will include a Seashore Rye beer from Edmund’s Oast, an Ark of Taste inspired cocktail from Roderick Weaver, wines, spirits, a gelato social with BeardCat’s Sweet Shop, and an affogato bar by Counter Culture Coffee.

The dinner will take place from 6:30 pm to 10 pm and will feature chefs from each Southeastern state. Each will cook with an Ark of Taste ingredient from their respective state. Chefs include:

Tickets to the Ark of Taste Dinner are $200 and include dinner, beverages, live music, and admission to the Happy Hour at Home Team BBQ. Happy Hour tickets are $25 and include the snack spread and two drink tickets. Tickets are available for purchase at www.slowfoodcharleston.org/ark-of-taste.

HōM Will Celebrate its 5th Anniversary with the HōMies