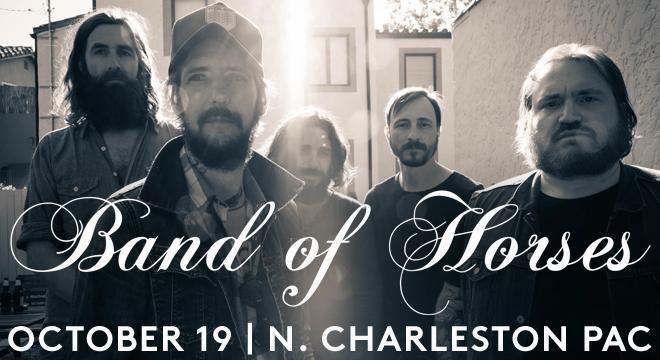 Band of Horses, the popular indie rock group that currently calls the Holy City home, will finally play a hometown show on Wednesday, October 19th. The band will play at the North Charleston Performing Arts Center beginning at 7:30 pm.

Although they are based in Charleston, it’s rare that the group performs together in the city.

Beginning with their debut album, 2006’s Everything All The Time, Band of Horses have been a mainstay on indie rock stations for a decade. Their most recent record, Why Are You OK,  was released in June.

The group is best known for singles like “The Funeral,” “No One’s Gonna Love You,” and “Laredo.”

Tickets for their North Charleston show go on sale here at 10 am on Friday, July 22nd.