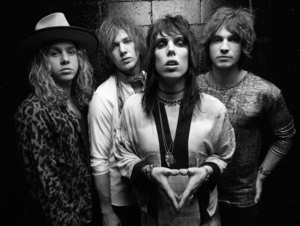 This Saturday, the Music Farm will welcome The Struts and Dorothy to their downtown stage. Doors open at 8 pm, show starts at 9.


Before even releasing their first album, The Struts, a U.K.-bred four-piece, had opened for both The Rolling Stones and Mötley Crüe.

You can purchased tickets for the Charleston concert here.

Sol Slam Returns to The Windjammer in August