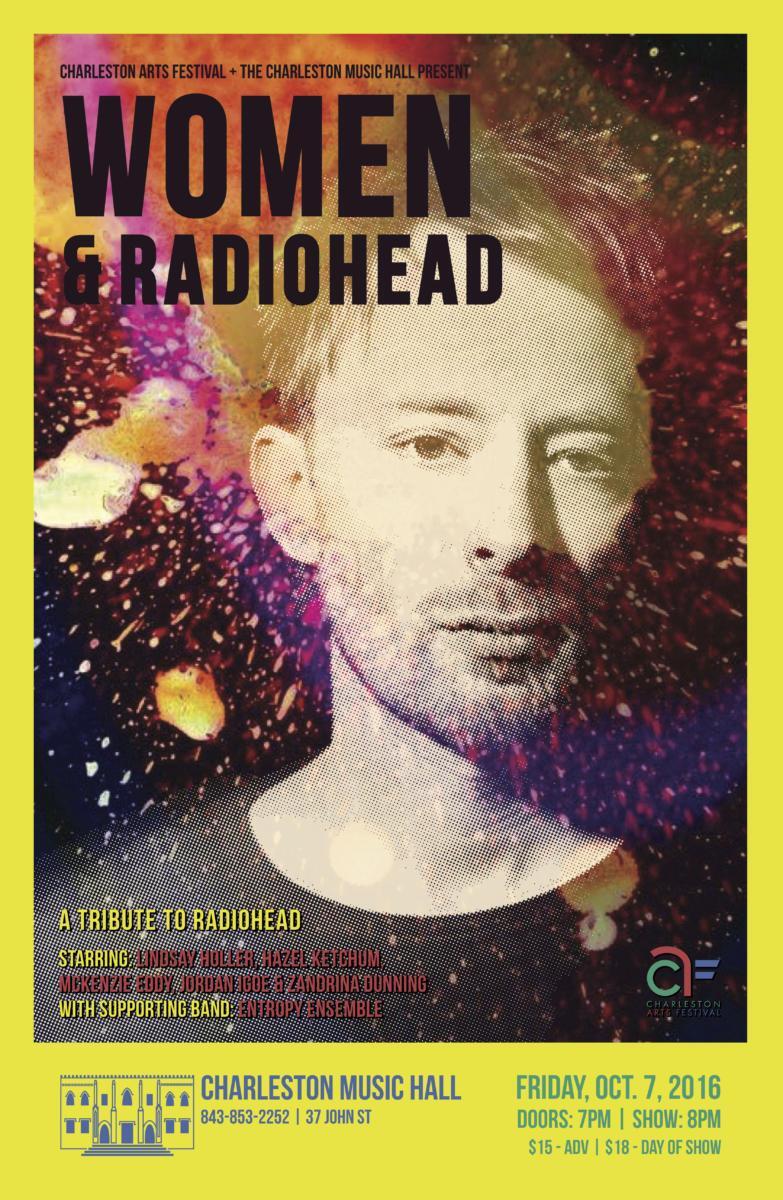 UPDATE – 10/14/16: Due to the expected inclement weather, this show has been moved to Tuesday, November 1st.

The Charleston Arts Festival, a four-day celebration debuting in October, has announced its first official event. On Friday, October 7th, the festival will host an evening  of “Women & Radiohead: A Tribute to Radiohead” at the Charleston Music Hall.

The “Women &…” series is the brainchild of local musicians Lindsay Holler and Hazel Ketchum, who perform and handpick each show’s talent. The series includes some of Charleston’s best female vocalists interpreting the hits of popular artists. So far, the series has featured the music of Tom Waits, Neil Young, and David Bowie.

Vocalists for the October performance will include Holler, Ketchum, McKenzie Eddy, Jordan Igoe, and Zandrina Dunning. They will be supported by the Entropy Ensemble, a local band formed by the Charleston Arts Festival’s founder and creative director Andrew Walker.


Tickets to “Women & Radiohead” are available here. Doors for the show open at 7 pm and performance begins at 8p m.

The Charleston Arts Festival, which is the reincarnation of the JAIL BREAK events, will feature area creatives working across genres like music, dance, visual arts, comedy, culinary arts, and more.

Follow us
Related Topics:Charleston Arts Festivalcharleston music hall
Up Next