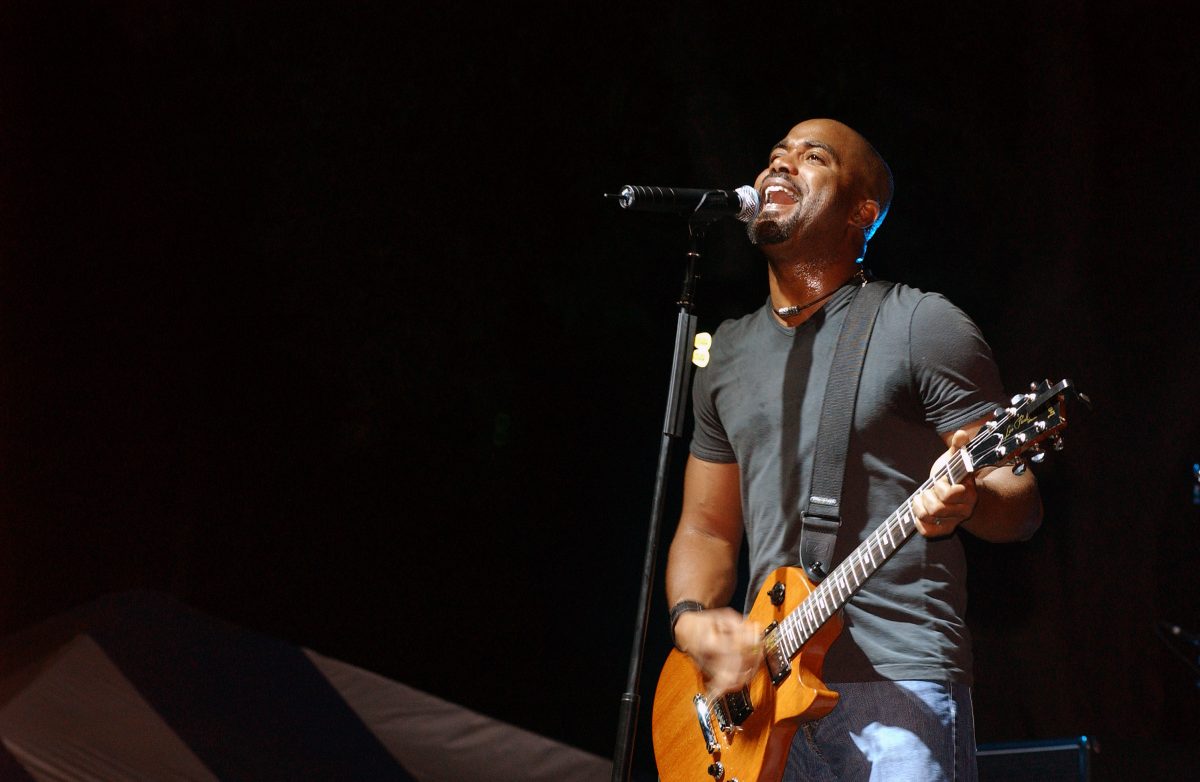 Hootie and the Blowfish lead singer Darius Rucker performs one of his many hit songs along with his band, during a free concert sponsored by the Air Force Reserve Command (AFRCOM) at Hickam Air Force Base (AFB), Hawaii (HI).

Every summer the Holy City manages to attract an enviable range of talent to its venues. And 2016 looks to be no different with a selection of musical stars that can add the perfect soundtrack for enjoying those warm summer evenings!

Fans of classic rock are in for a treat as seventies rock titans, America, come to The Charleston Music Hall on July 8 where all will help them find a moniker for their famous ‘Horse With No Name’. Whereas the Chris Robinson Brotherhood come to The Music Farm on July 15 and it will hopefully signal a rebirth in the career of this famous Black Crowes vocalist. And Dave Matthews Band continue their phenomenal touring record with an epic performance at North Charleston Coliseum and PAC on July 26.

If you like the heavier stuff, then there’s the recently revived Alice In Chains who will bring their urban-grunge sounds to the North Charleston Coliseum and PAC on 20 September. And fans of gruffly-whispered acoustic folk should definitely check out Ray Lamontagne when he comes to the venue on 10 August.

Those seeking something a little more retro should definitely get their make-up on when Culture Club come to town on July 10, whereas Art Garfunkel will once again show his vocal dexterity with what’s expected to be a glorious performance at The Charleston Music Hall on July 16.

A true legend of yesteryear makes an appearance on August 5 when Frankie Valli performs at the Galliard Auditorium. The star recently received a Clint Eastwood-directed biopic that detailed his rise from the streets of New Jersey to becoming a star of the mafia-backed casino circuit. And although the Lucky Nugget Casino blog shows that he’s probably nothing on the likes of Ben Affleck who is an ace at poker, his appearance at the Galliard Auditorium will once again show us why he’s one of our greatest musical stars.

Old-school charms of a different kind come to town when Digable Planets bring their smooth hip-hop beats to the Music Farm on July 23. And special mention must be made for South Carolina’s famous sons Hootie and The Blowfish when they return to the Family Circle Stadium for two nights of good-time entertainment on August 5 and 6.

And finally, just to keep up with the 21st century sounds, current music queen Meghan Trainor brings her pop juggernaut to North Charleston Coliseum and PAC for what should be the perfect end of summer party in Charleston!

Get On Up! James Brown Dance Party Swings into Charleston