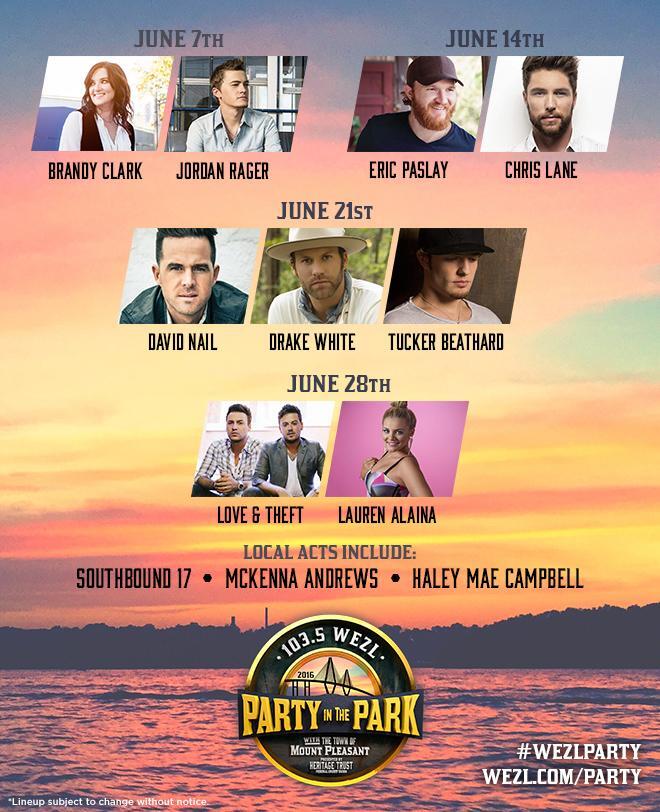 103.5 WEZL has announced the lineup for the 2016 Party in the Park series. The FREE parties take place every Tuesday in June at 6 pm in Mt. Pleasant’s Memorial Waterfront Park.

Here’s a look at this year’s schedule:

Some local acts will also be appearing throughout the series. Announced guests include McKenna Andrews, Haley Mae Campbell, and Southbound 17,.

Gates open at 5 pm. Food and beverages will be available for purchase. Each week, the official After Party will take place at Red’s Ice House on the  nearby Shem Creek.

For more information, visit the official webpage and/or watch the video below:
–