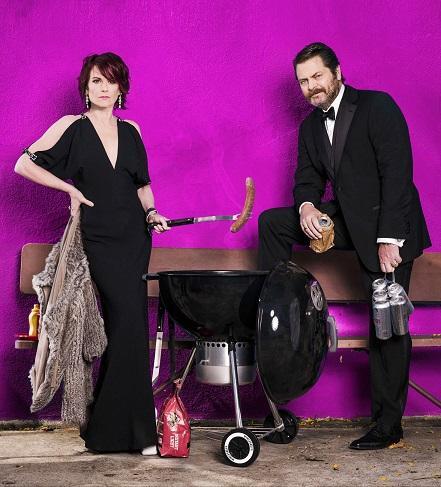 Husband-and-wife duo Nick Offerman and Megan Mullally are hitting the road to take audiences back to the “Summer of 69: No Apostrophe.” The award-winning comedians will bring their comedy tour to the North Charleston Performing Arts Center on Thursday, August 11th at 8 pm.

According to a press release, with this show, the couple will “yank the britches right off of their marriage, exposing the salacious details of their fiery union for all the world to enjoy.” The performance will include songs, stories, comedy, and more.


Over the course of their respective careers, the entertainers have won multiple awards including a Television Critics Association Award for Achievement in Comedy and two Critics Choice Television Awards for Offerman, and two Emmy Awards and four Screen Actors Guild Awards for Mullally. Offerman is probably best known for his portrayal of Ron Swanson on “Parks and Recreation,” while Mullally is best remembered for playing Karen Walker on “Will & Grace.”


Tickets for “Summer of 69: No Apostrophe” are already on sale at the North Charleston Coliseum Advance Ticket office, Ticketmaster outlets, phone (1-800-745-3000) or online here.