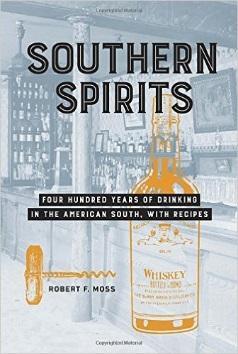 On Sunday, April 17th, Edmund’s Oast will host a book launch party for local author Robert Moss in The Bower at 4:30 pm.


Moss, who locals may remember has written for Southern Living, Serious Eats, and the Charleston City Paper, will be on-site to celebrate the release of Southern Spirits: Four Hundred Years of Drinking in the American South.  The book retraces the history of liquor, beer, and wine drinking in the American South while also showcasing historical figures like Edmund Egan, the first commercially successful brewer in the South. Egan is also the namesake of Edmund’s Oast.

During the event, Moss will be selling and signing copies of the book. There will be drink specials and snacks as well.