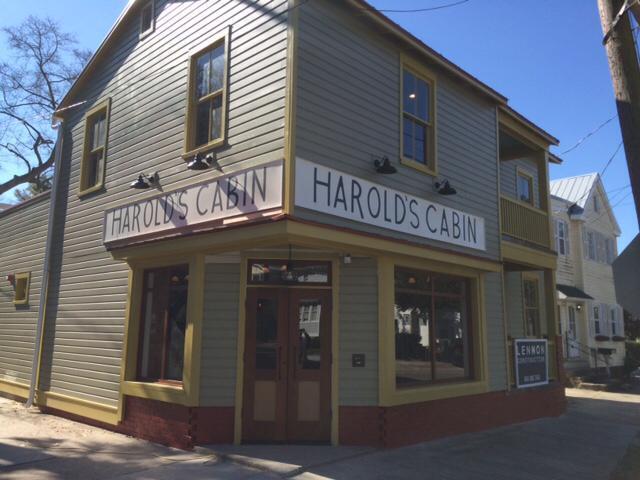 Harold’s Cabin, the highly anticipated Westside restaurant and corner grocery, has released information on their opening menus. The updated version of the business, which originally opened in the same location in the 1920’s, will feature breakfast and lunch seven days a week, and eventually dinner service.

Here are some of the menu highlights:

The team behind Harlod’s Cabin includes:

Harold’s Cabin first opened on the corner of President and Congress Streets in the early 1920’s under Harold Jacobs and his parents. It was later run by Harold and his wife Lillian. Although it first served as a snowball shop, the business grew into a neighborhood grocery and restaurant over the next couple of decades. Yes, snowballs are expected to be on the new menu.


The reimagined version of Harold’s Cabin will include seating for 65, a grab-and-go market, and a rooftop garden. No opening date has been announced yet.


It will be located at 247 Congress Street.

To see pictures of the restaurant’s interior, visit Eater Charleston.