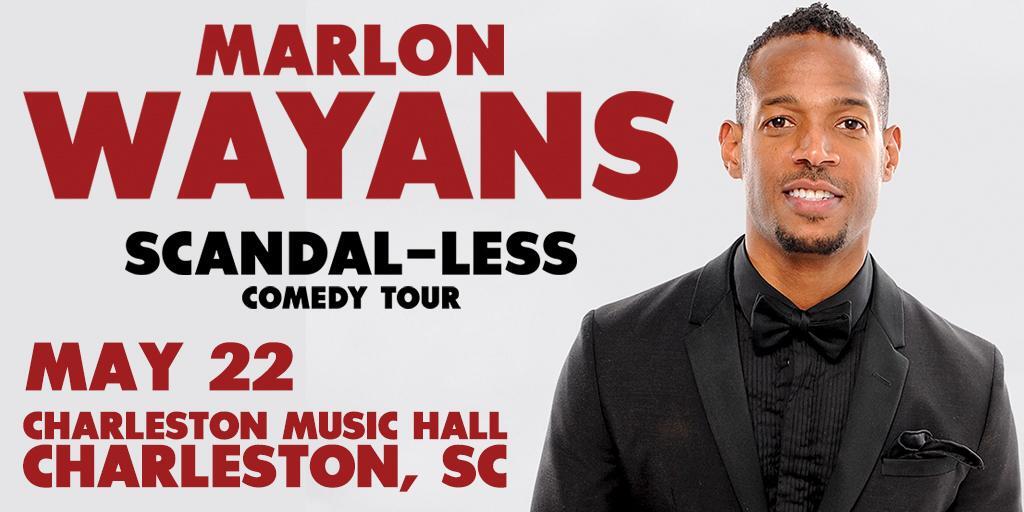 Comedian, actor, writer, and director Marlon Wayans will be performing at the Charleston Music Hall on Sunday, May 22nd at 7 pm. The show will be part of his “SCANDAL-LESS Comedy Tour,” his first-ever tour of North America.

Wayans’s films, which include White Chicks and A Haunted House, have grossed more than $736-million in domestic box office sales. He is currently starring in the comedy movie Fifty Shades of Black, which he also wrote and executive-produced.

He is also known for his roles in the Scary Movie franchise, Little Man, Dance Flick, Requiem for a Dream, and G.I. Joe: The Rise of Cobra.

Tickets for the Charleston show are already on sale and can be purchased here. A VIP package, which includes a meet and greet with Wayans, is also on sale.