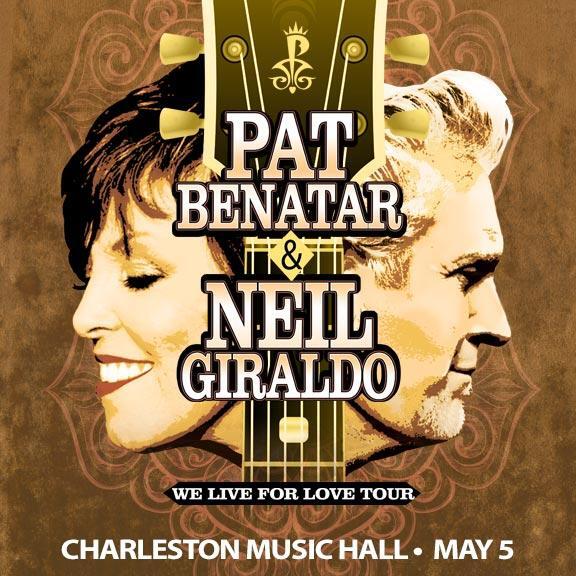 On Thursday, May 5th, Pat Benatar and Neil Giraldo, husband-and-wife pop rock duo will perform at the Charleston Music Hall.

Some of her most popular songs include the Top 10 hits, “Hit Me With Your Best Shot,” “Love Is a Battlefield,” “We Belong,” and “Invincible.”

Giraldo has been a professional musician, producer, and songwriter for over four decades. During his career, he helped write and produce songs for Benatar, John Waite, Rick Springfield (“Jessie’s Girl”), Kenny Loggins, and many others.

Follow us
Related Topics:charleston music hallNeil Giraldopat benatar
Up Next