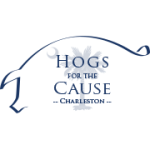 Since October’s Hogs for the Cause event was canceled due to inclement weather,  Home Team BBQ has decided to host a Block Party on Saturday, March 12th from noon until 4 pm. The shindig will be held near Home Team’s soon-to-be-opened downtown location.

Organizers are hoping to raise funds that were lost during the fall’s severe flooding. Proceeds from the event help provide aid and relief of expenses for families whose children are being treated for pediatric brain cancer

Cocktails and beer will come from:

There will also be live music by Guilt Ridden Troubadour.

Tickets are $30 per person (kids under 12 are free) plus tax. This covers each patrons “food pass.” Drink tickets for cocktails and beer will also be sold. To purchase tickets, click here.

The Hogs for the Cause Block Party will take place at 1071 Morrison Drive, which is a parking area next to Edmund’s Oast.