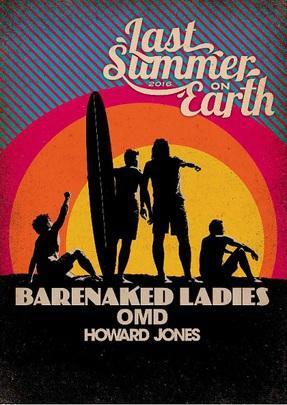 On Friday, July 1st, Canadian rock band Barenaked Ladies will perform at the Volvo Cars Stadium in Daniel Island. The show is part of the band’s “Last Summer on Earth” Tour and will include performances from OMBD and Howard Jones.

Although quite popular in their home country, the headliners didn’t rise to prominence in America until the release of Stunt in 1998. The album included their mega hit “One Week,” which reached No. 1 on the Billboard Hot 100. The band is also known for songs like “g “If I Had $1000000,” “It’s All Been Done,” “Pinch Me,” and even the theme song for the CBS sitcom The Big Bang Theory.

Tickets for their Daniel Island concert are already on sale here.

The Volvo Cars Stadium was previously known as the Family Circle Stadium.

Return of The MAC! Presents: An Evening of Love and RnB

Styx to Play the Volvo Cars Stadium in May