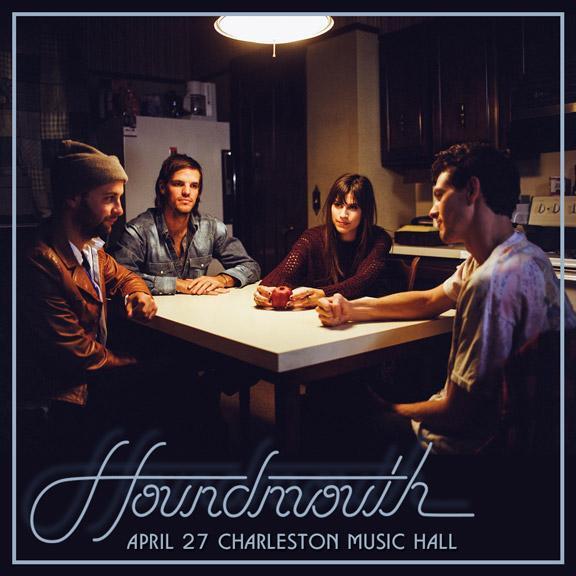 Houndmouth, an indie rock band that performed here last May, will return to the Holy City for a April 27th concert at the Charleston Music Hall. The show will start at 8 pm.

The Indiana-based group released their first album (From the Hills Below the City) less than three years ago, but they have already become critical darlings earning praise from the likes of Spin, Esquire, Garden & Gun, and The Guardian. They’ve also appeared on TV shows like Letterman and Conan and performed at major festivals like Austin City Limits, Bonnaroo, SXSW, and Lollapalooza.

Little Neon Light, the band’s second album, was released on March 17, 2015. The record’s first single, “Sedona,” reached No. 1 on Billboard‘s Adult Alternative Songs chart. You can watch the official music video for the tune below.

Tickets, which go on-sale this Friday at 10 am, can be purchased here.
–