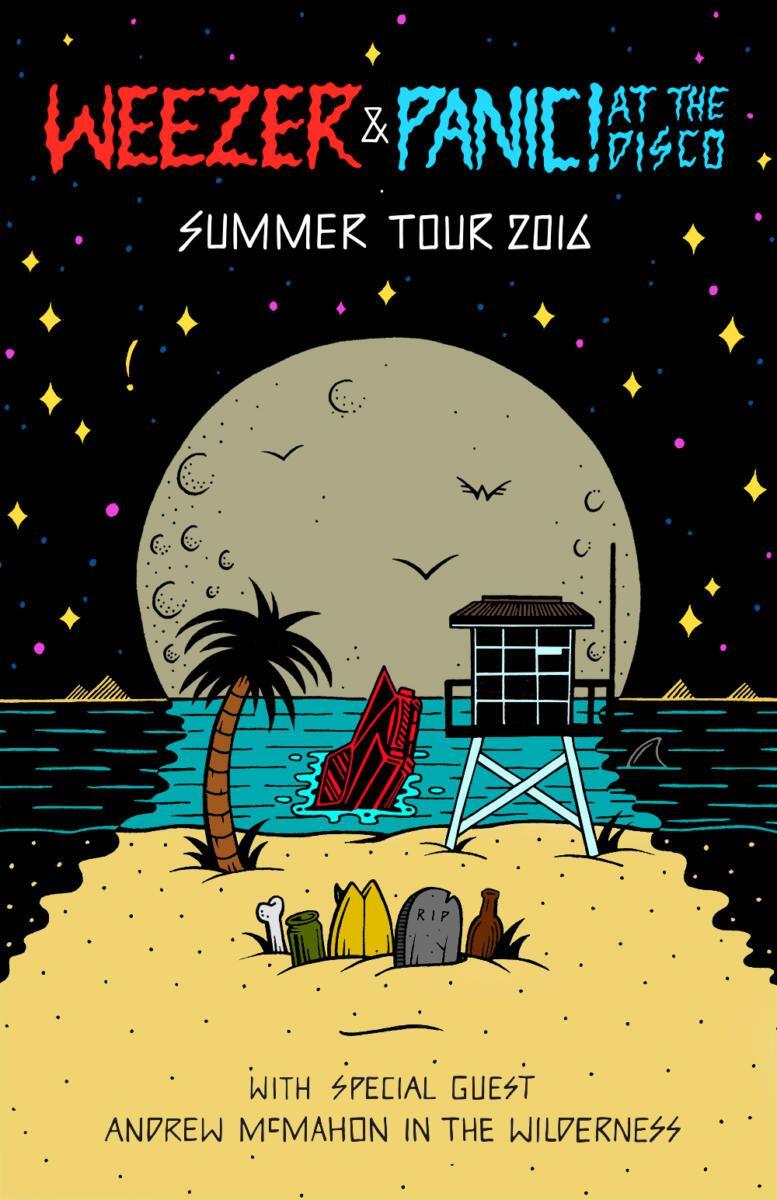 This June, a trio of popular alt rockers will perform at the Volvo Cars Stadium on Sunday, June 19th at 7 pm. Rock chart-toppers Weezer will co-headline the concert with pop punk heroes Panic! at the Disco. Andrew McMahon in the Wilderness opens the show.


Weezer has been a household name since they released The Blue Album in 1994. The triple platinum release was responsible for such hits as “Buddy Holly,” “Undone – The Sweater Song,” and “Say It Ain’t So.” Their success continued throughout the 2000s with songs like “Hash Pipe,” “Island in the Sun,” “Beverly Hills,” and “Pork and Beans.” The group will be touring in support of their tenth studio release, The White Album, which will be released on April 1st.

Panic! at the Disco rose to fame in 2005 when they released their debut album A Fever You Can’t Sweat Out. Behind the success of the top ten single “I Write Sins Not Tragedies,” the album reached platinum status. In the years that followed, the band transformed into what is essentially a synthpop solo project for original member Brendon Urie. The band’s fifth album, Death of a Bachelor, was released yesterday.

The namesake of Andrew McMahon in the Wilderness is probably best known as being the primary singer/songwriter and pianist of both Something Corporate and Jack’s Mannequin.

Tickets for the Daniel Island show go on-sale Friday, January 22nd at 10 am. Click here to purchase. Doors will open at 5:30 pm on the day of the show. In the meantime, enjoy the videos from each act below:

Widespread Panic Returns to the Coliseum in April