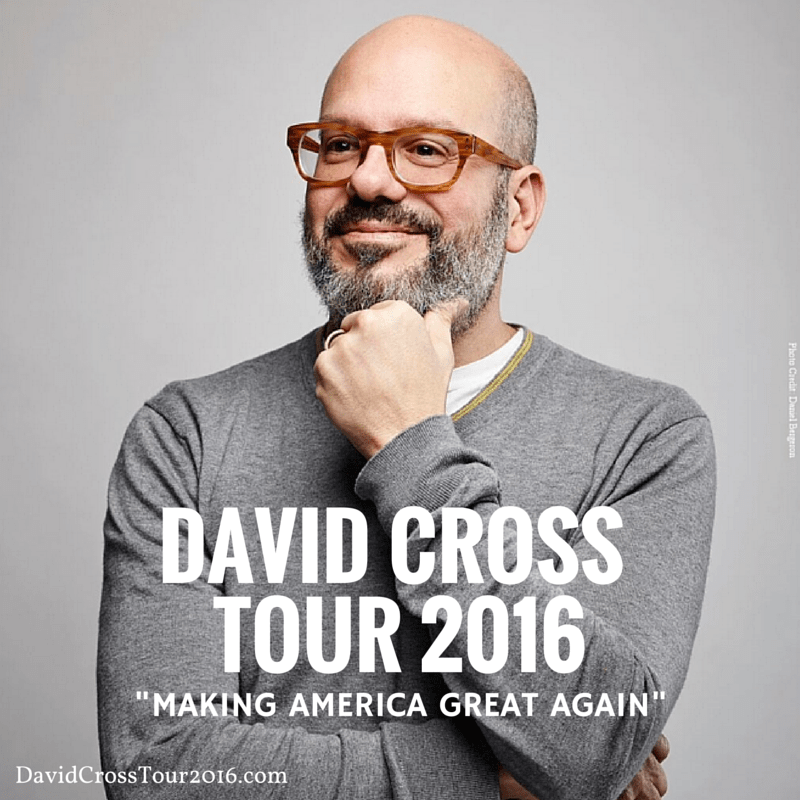 Cross, who is also an actor, writer, and producer, is probably best known who his work on television shows like Arrested Development, Mr. Show, and The Increasingly Poor Decisions of Todd Margaret. He also starred in the Alvin and the Chipmunks film franchise, released three comedy albums, written a book, and was named one of the “Top 100 Stand-Up Comedians of All Time” by Comedy Central.

Tickets for the Charleston show will be available at 10 am on Friday, January 8th. Click here to purchase tickets.

MRSOE! Presents Stand-Up at The Sparrow with Massimo

MRSOE! Presents Stand-Up at The Sparrow with Gilbert Lawand