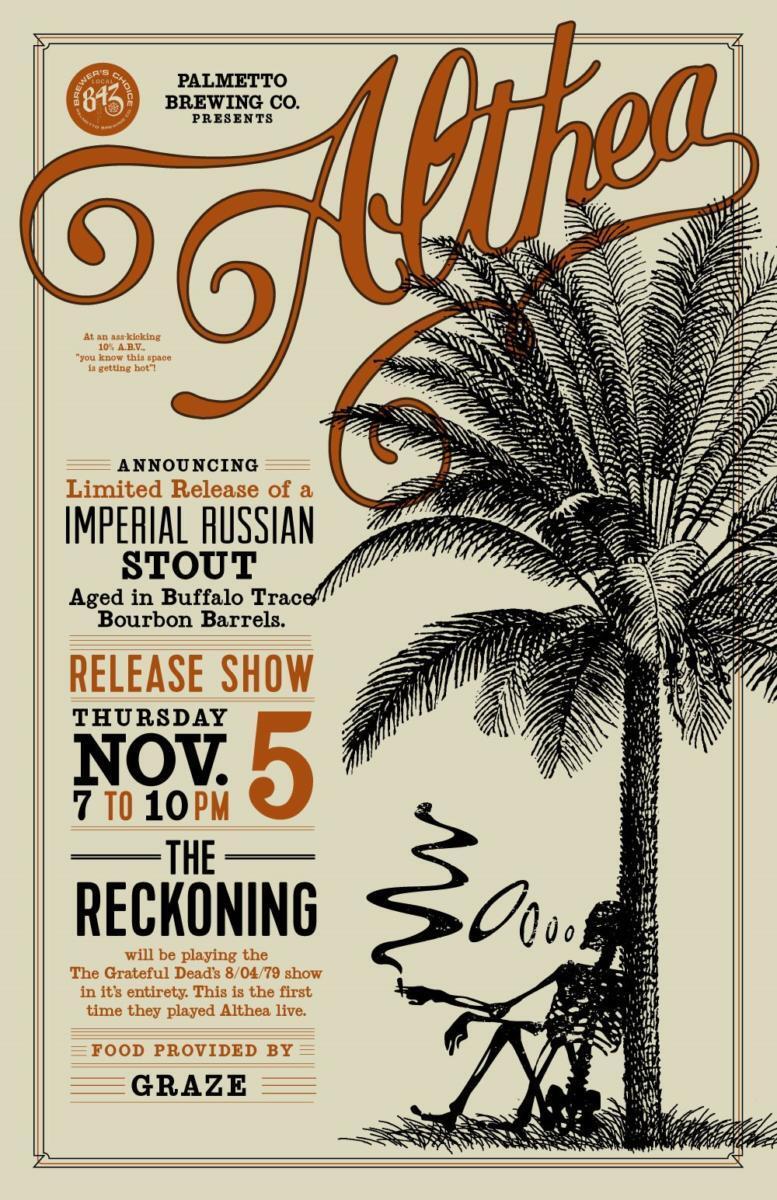 Tomorrow, the Palmetto Brewing Company will celebrate the release of a new, limited-edition beer called Althea. The Special Bottle Release Show will take place from 7 t0 10 pm at the brewery’s Huger Street headquarters.

As for the release event, here are some other details:

“The Polar Express” Returns to the SC Aquarium in 4-D