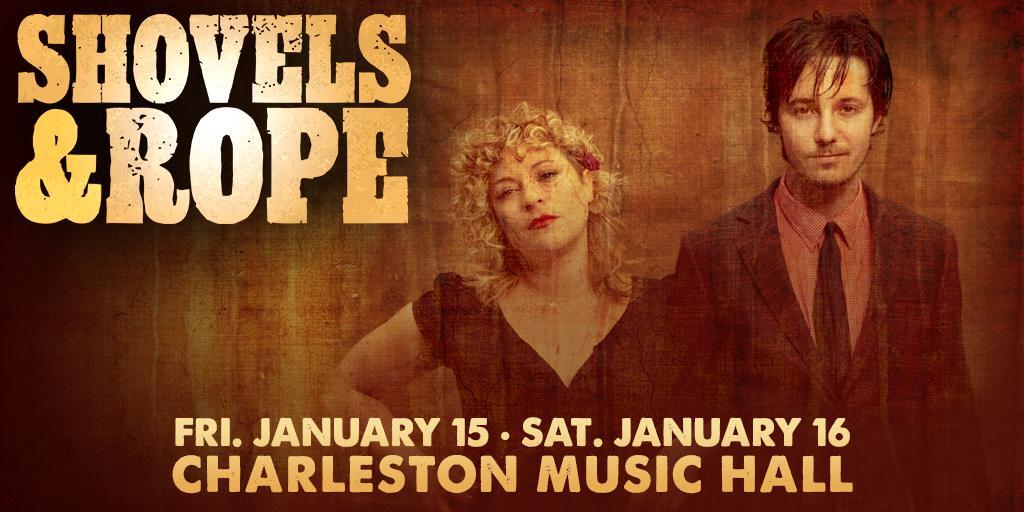 After selling out back-to-back shows in less than a week, Shovels & Rope has announced a third winter concert at the Charleston Music Hall. The latest performance will be held on Thursday, January 14th at 8 pm.

Impressively, the local duo’s previously announced shows (1/15/16 and 1/16/16) almost sold out on the day tickets went on sale.
Tickets for the January 14th concert will go on sale on this Tuesday at noon. If the last sale is any indication, you better be near a computer as close to 12 pm as possible. Plus, the band said via Facebook that no more shows would be added.
Each performance starts at 8 pm.

Follow us
Related Topics:charleston music hallshovels & rope
Up Next

Comedian Eddie Izzard to Perform in North Charleston on 12/18

Holiday Festival of Lights Opens on 11/13