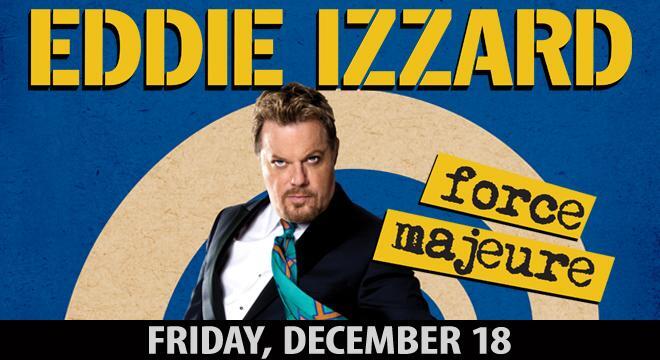 
Outside of his stand-up career, Izzard is best known for his roles in Ocean’s Twelve, Ocean’s Thirteen, Mystery Men, Across the Universe, and Valkyrie. He also appeared in TV shows like Hannibal, The Riches, and United States of Tara.

His 2000 comedy special “Dressed to Kill” won a Primetime Emmy Award for Individual Performance in a Variety or Music Program.

Get a taste of the show below: