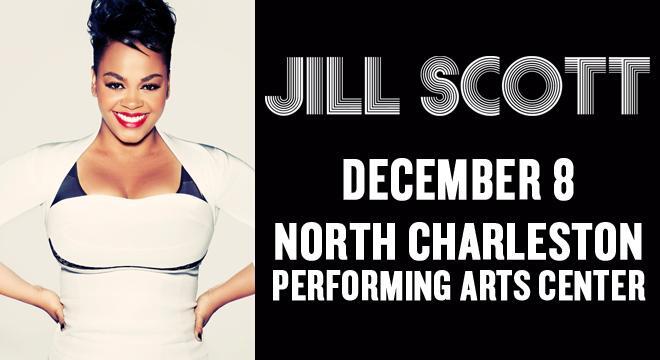 On December 8th, three-time Grammy Award-winning singer-songwriter Jill Scott will take the stage at the North Charleston Performing Arts Center. The concert will mark her first appearance at the venue.

Scott’s career began in the late 90s with a series of collaborations with artists like The Roots, Will Smith, and Common. These works built anticipation for her debut album, which was released in 2000. The record, Who Is Jill Scott? Words and Sounds Vol. 1, went double platinum and earned several Grammy nominations. Her Grammy wins came in 2005, 2007, and 2008.

Tickets for her North Charleston concert are currently available for purchase here.

YOGAPOP Closes Out 2015 with Lots of Joy