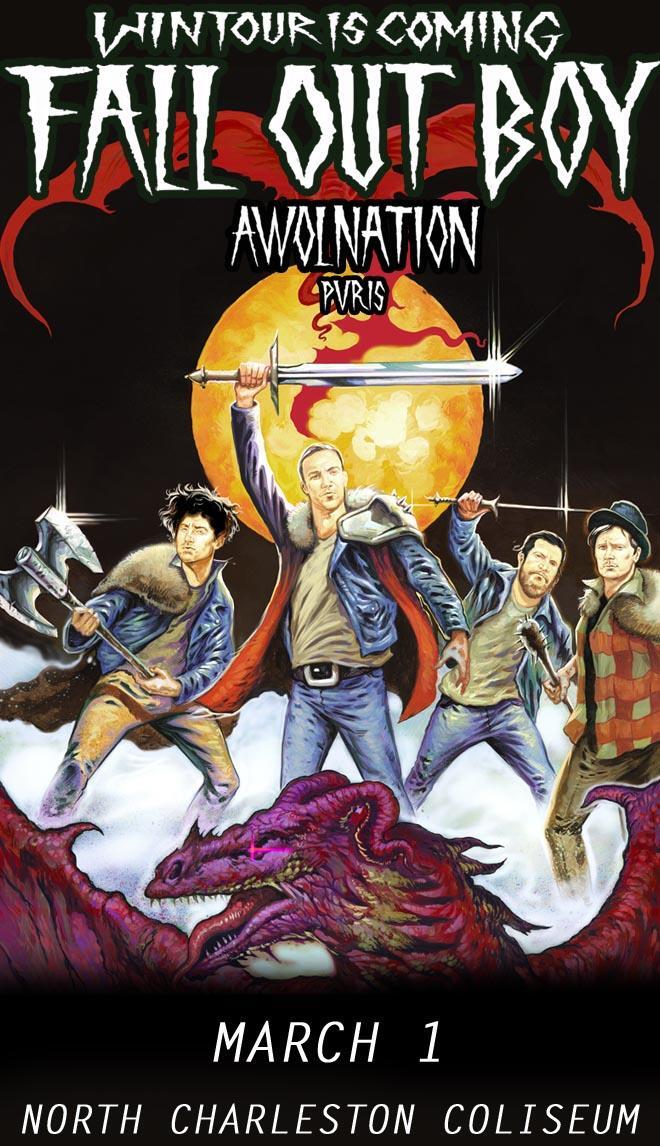 Multi-platinum selling rockers Fall Out Boy will bring their “Wintour Is Coming” tour to the North Charleston Coliseum on Tuesday, March 1st. The band will be joined by AWOLNATION and PVRIS. The show starts at 7 pm.

The headliners are touring in support of their six album, this year’s Gold-selling American Beauty/American Psycho. The band first rose to prominence with 2005’s  From Under the Cork Tree, which sold over two million copies. They for smash hits like “Sugar, We’re Goin Down,” “Dance, Dance,” “This Ain’t a Scene, It’s an Arms Race,” “Thnks fr th Mmrs,” “My Songs Know What You Did in the Dark (Light Em Up),” “Centuries,” and “Uma Thurman.”

AWOLNATION, the musical project of Aaron Bruno, is best known for the multi-platinum hit single “Sail.”

Tickets for his North Charleston concert are already on sale.

March is a ways off, so enjoy a couple Fall Out Boy music videos to hold you over.
–

Follow us
Related Topics:fall out boynorth charleston coliseum
Up Next