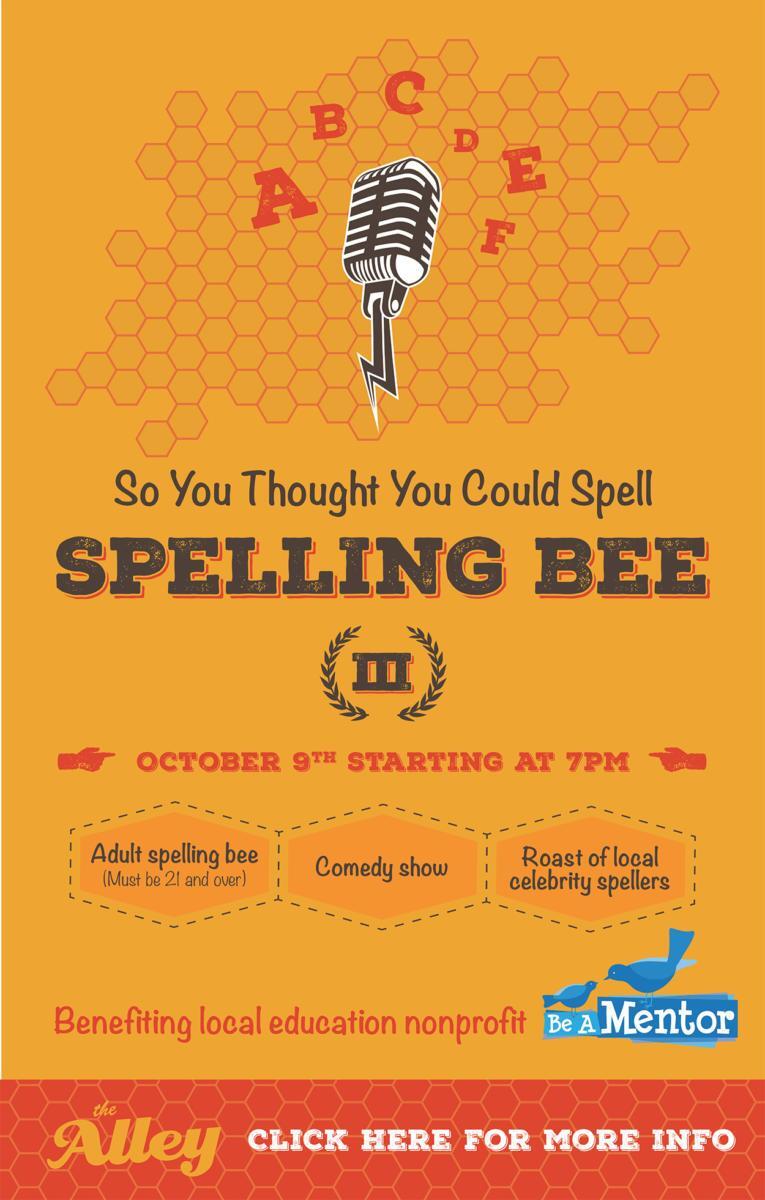 That’s right! On Friday, October 9th, The Alley will host the 3rd Annual “So You Thought You Could Spell” Spelling Bee. The event is part spelling bee, part comedy show, and part local celebrity roast. Regardless of what you call it, it will be quite the party. Plus, the entire shindig will benefit Be A Mentor, a local education nonprofit. Oh, and for the second straight year I’ll be one of the participants!

The Alley has put together a lineup featuring Charleston celebrities and community leaders who will attempt to win the Scripps National Spelling Bee-styled contest. During the event, contestants can ask for their designated word to be used in a sentence, its country of origin, its pronunciation, etc. Although the competition is single elimination, a contestant that is knocked out can keep playing if a friend in the audience makes a donation to Be A Mentor.

Although the full participant list will be released soon, here is a partial list that has been released:

The event will be emceed by comedian Bryce Donovan and David Crowley, co-owner of The Alley.

The public is invited to watch, but you probably want to leave the children at home for this one. Admission is a $5 donation to Be A Mentor. The Alley will be offering food and drink specials throughout the event.

For more information about the event, click here. Learn more about Be A Mentor here.

Follow us
Related Topics:be a mentorSo You Thought You Could Spell Spelling Beethe alley
Up Next

Bark in the Park! Oktoberfest Scheduled for 10/18