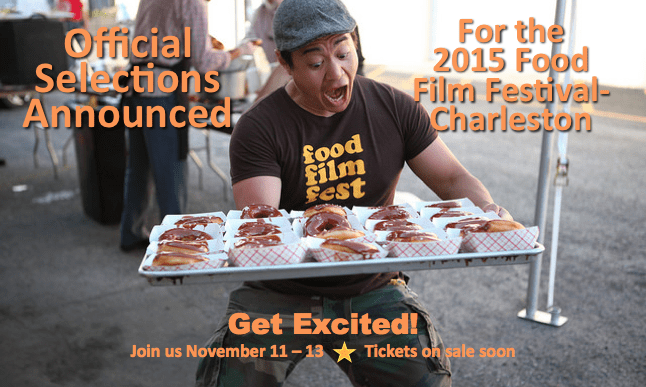 The Food Film Festival, a multi-city, “multiscensory food and film experience,” is returning to Charleston from November 11th until the 13th. This year’s event will take place at the new Cedar Room at the Cigar Factory.
The 3-day festival kicks off with an exclusive opening night world premiere screening of the Anthony Bourdain: Parts Unknown – Charleston, presented by CNN. There will also be films featuring Summerville’s Perfectly Franks and the Holy City’s exploding brewery scene.
The full schedule of events and ticket information will be announced soon, but in the meantime here’s a look at the films expected to be be screened during the festival:

For more information and updates, visit the offiical website.

Komen Lowcountry Invites You to Swing For The Cure This Weekend