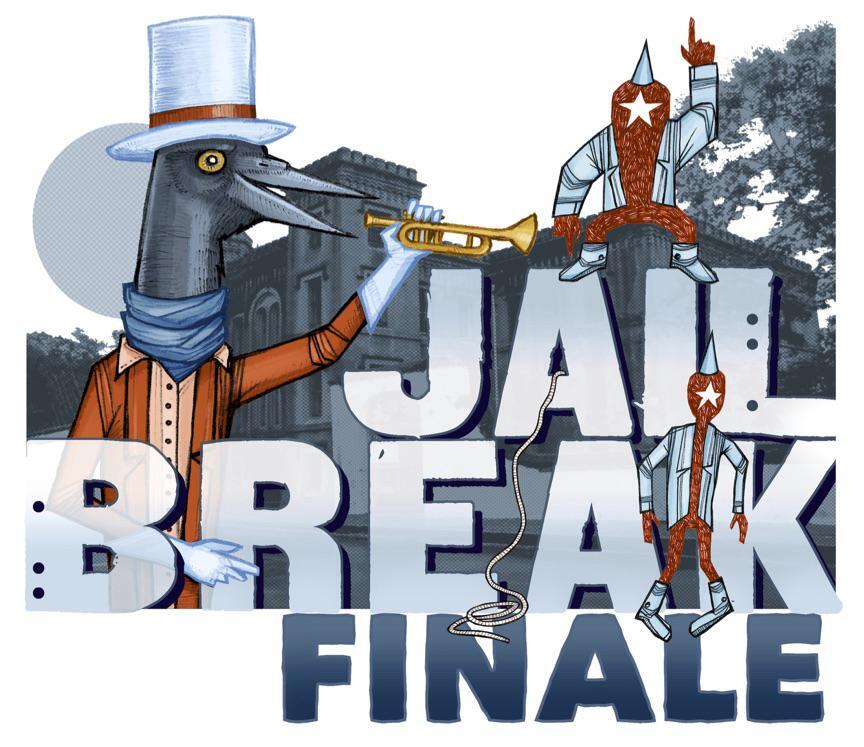 UPDATE: Due to inclement weather, this event will now be held on Sunday, October 11th. I will run from 2 pm until 9 pm.

JAIL BREAK,  Charleston’s annual integrated arts and music festival, has announced that it will hold its “Finale” event on Saturday, October 10th at the Old City Jail. The celebration will run from 4 pm until 11 pm.

Organizers have unveiled plans to celebrate the life, death, and reincarnation of the nine­-season event by throwing the biggest festival to date.  The event’s theme, “Requiem,” reflects the festival’s growth and metamorphosis, but also alludes to the conclusion of its current incarnation. Although it may seem like it, this is not the conclusion of the series.

“This isn’t the end of JAIL BREAK,” Executive Director Andrew Walker said, “But it does represent a pause to appreciate what we have built together, pay our respects, and celebrate the expectation of an afterlife for JAIL BREAK.”

The event will include:

Tickets are $20 and can be purchased online. For more information, visit the official website.