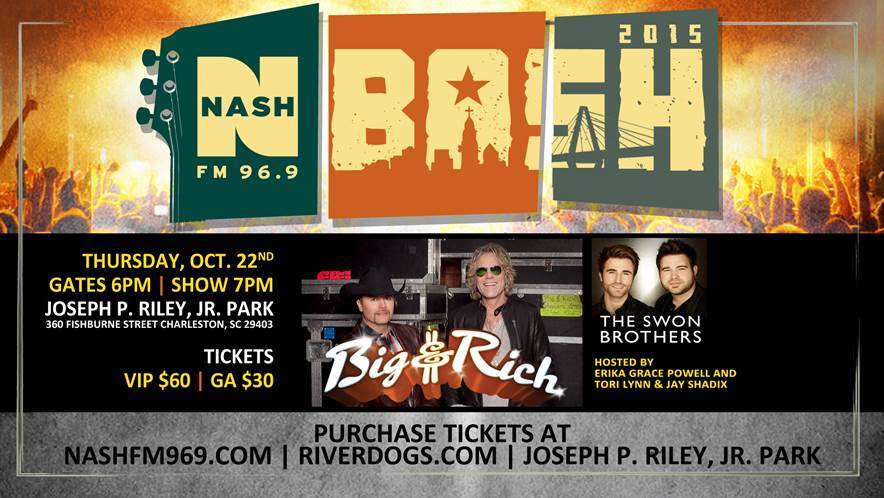 The 2015 Nash Bash will feature country stars Big & Rich and specials guests The Swon Brothers. The concerts will be held at Joseph P. Riley, Jr. Park on October 22nd at 6:30 pm.

Big & Rich are a multi-platnium selling country duo who are best know for their hit songs  “Save a Horse (Ride a Cowboy),” “Lost in this Moment,” “Comin’ to Your City,” “Wild West Show,” “8th of November,” “Holy Water,” and “Big Time”.

The Swon Brothers became well-known in 2013 when the duo finished in third place on the NBC’s The Voice. They released their self-titled, major label debut album in 2014.

Tickets for the Charleston show are already on sale and can be purchased online or at the Box Office.
–