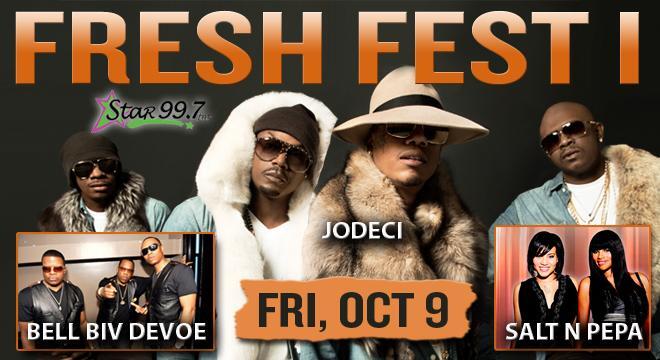 ***UPDATE – 9/18/15***: This show has been canceled. The venue said, “The Fresh Fest concert (featuring Jodeci, Salt N Pepa and Bel Biv Devoe) scheduled for October 9th at the North Charleston Coliseum, has been cancelled.

Ticket refunds are available at point of purchase starting Wednesday, September 23rd at 10:00 AM.”

Some of the biggest 90s R&B and Hip Hop stars will perform at the North Charleston Coliseum on Friday, October 9th. “Fresh Fest 1” will include Jodeci, Salt N Pepa, Bell Biv DeVoe, and Naughty by Nature.

Here’s a little refresher on each of the groups:

Tickets can be purchased online.