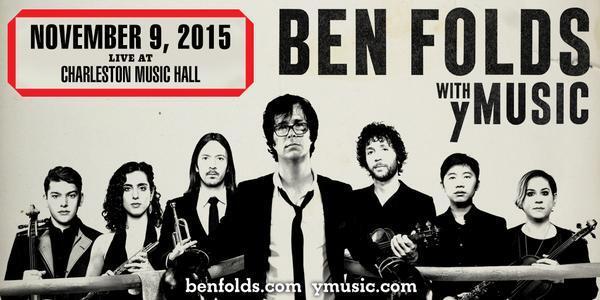 Earlier today, the Charleston Music Hall announced that the multi-platinum-selling singer-songwriter Ben Folds will perform at the venue on Monday, November 9th. yMusic will join the musician.


Folds, who is also the singer and pianist for the band Ben Folds Five, is known for hit songs like “Rockin The Suburbs,” “Brick,” “The Luckiest,” “Song for the Dumped,” and “Still Fighting It.”

The musician will be touring in support of So There, his debut collaboration with yMusic, a New York City-based chamber ensemble. The album will be released on September 11, 2015. You can watch a video of Folds performing with the group below.