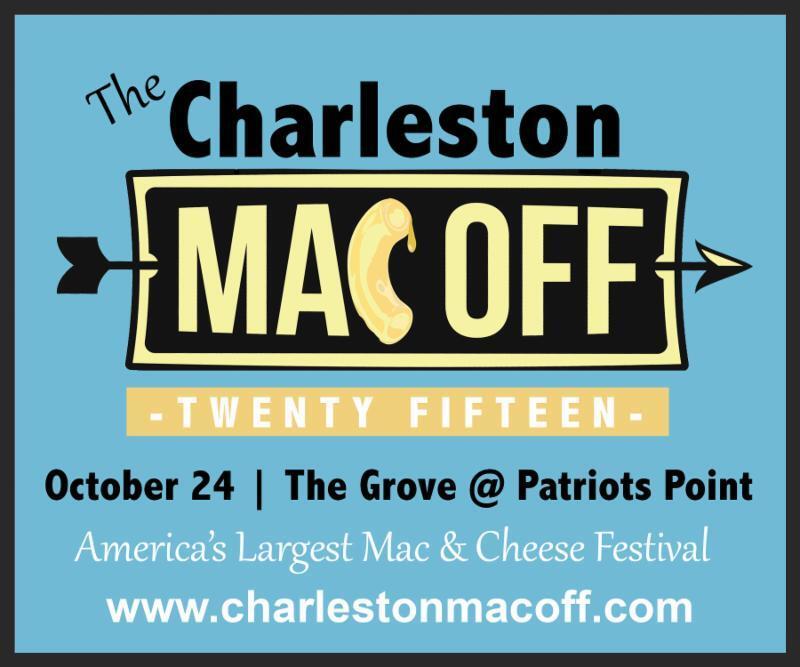 9,375 pounds of cheese to be consumed at this year’s event — Will you be there?

After welcoming a record crowd in 2014, the Charleston MAC OFF returns to the Charleston area for its sixth straight year on Saturday, October 24th from 2 pm until 7 pm. The event features multiple Holy City restaurants battling it out for the title of Best Macaroni & Cheese! The event will once again be held at The Grove at Patriots Point.

Besides all the yummy mac & cheese, there will also be live music, a Bourbon trail, a home grown cooks competition (download the entry form here), an artisan village, a macaroni and cheese eating competition, kids’ activities, and more. Live music will be provided by Banana Pancakes, a Jack Johnson tribute band.

Attendees, and a panel of celebrity judges, will have the chance to try all of the mac & cheese varieties and vote for their favorite. In total, participants will compete for one of 3 awards:

Tickets are $10 and can be purchased online starting on August 24th. Food, beverage, and mac & cheese tasting tickets are sold for $1 each at the event.

This is a family-friendly event. Blankets or chairs are welcome. Patriot’s Point charges $5 to park in their lot. Other parking plans/shuttles will be announced soon.

For more information about the MAC OFF, visit the official webpage and watch the 2014 recap video below:

Follow us
Related Topics:charleston mac offthe grove at patriots point
Up Next