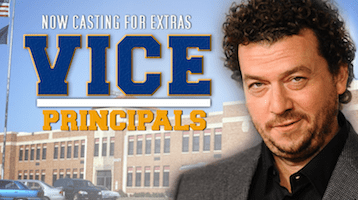 The first season of Vice Principals hasn’t even aired yet, but HBO is already casting extras for the show’s second season. That means YOU could appear on TV!

The comedy series, which is expected to debut in 2016, was co-created by actor Danny McBride and Jody Hill, the same duo behind another popular HBO comedy called Eastbound and Down. McBride, Walton Goggins, Busy Philipps, and Shea Whigham are slated to star in the new program.

The majority of filming for Vice Principals has taken place in the Charleston area, and that will continue into the second season. The cast and crew are already back to work after finishing season one in July, and now its time to hire some extras.

Here’s what they are looking for:

Those interested in being considered for filming should submit the following:

To apply, submit your information to vpbackground@gmail.com. If you are chosen as an extra, you will be paid.