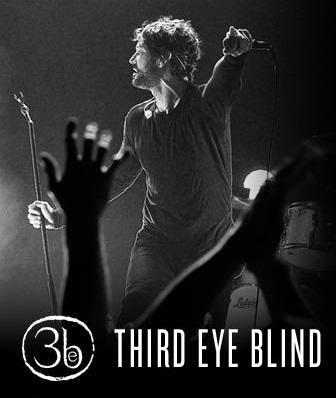 
The group, which is fronted by singer-songwriter and guitarist Stephan Jenkins, saw its greatest success in the late 90s with the six-times platinum, self-titled debut album and 1999’s platinum-selling Blue. Their 2003 album, Out of the Vein, achieved gold status.

In the following years, the group survived numerous lineup changes (Jenkins and drummer Brad Hargreaves are the only original members remaining) and released two more full-length albums and an EP. They are currently touring in support of their fifth release, Dopamine. The album was released in June of this year.

Third Eye Blind’s most popular songs include “Semi-Charmed Life,” “Jumper,” “How’s It Going to Be” (all of which reached the Top 10 of the US Billboard Hot 100), “Never Let You Go,” “Graduate,” “Blinded,” and more.

Tickets for the band’s Daniel Island show go on-sale Friday at 10 am, but an internet pre-sale begins on Thursday. In the meantime, enjoy the two videos below:

Follow us
Related Topics:family circle stadiumthird eye blind
Up Next

The Ballpark Festival of Beers Returns this Saturday