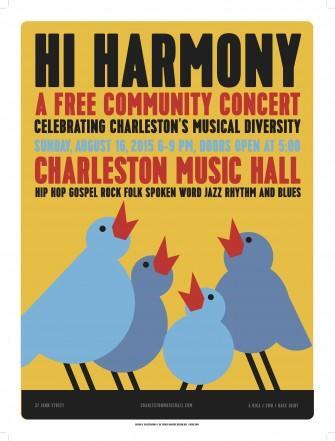 On Sunday, August 16th, the Charleston Music Hall will host a unique and free concert featuring more than fifty Charleston musicians from a variety of genres.

The event is a celebration of the Holy City’s musical diversity and tight knit community. The one-of-a-kind format will feature six sets covering  multiple types of music, which will each be arranged by a different Musical Director.

Here’s a look at the evening’s lineup:

Between each set, a community leader will deliver a brief address on the theme of community in Charleston. Speakers include City Councilman Dudley Gregorie, JA Moore, KJ Kearney, and Mark Sloan

The 5th Annual Sol Slam is this Weekend at The Windjammer

Coolio To Perform at The Alley on 9/25