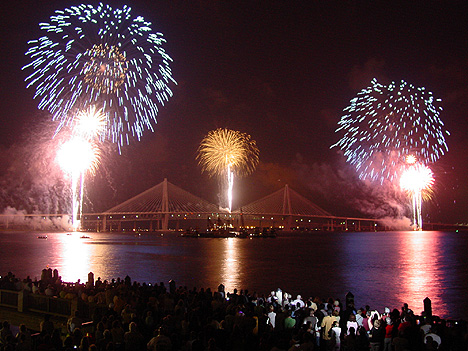 Over the past few days, the city has been celebrating the Arthur Ravenel Jr. Bridge’s 10th Anniversary, but how much do know about the iconic structure?

Here are some fast facts about the bridge:

This website has some great photos of the Bridge’s construction.

Here’s a clip of the opening ceremony:

Live From the KKK’s Confederate Flag Rally in South Carolina