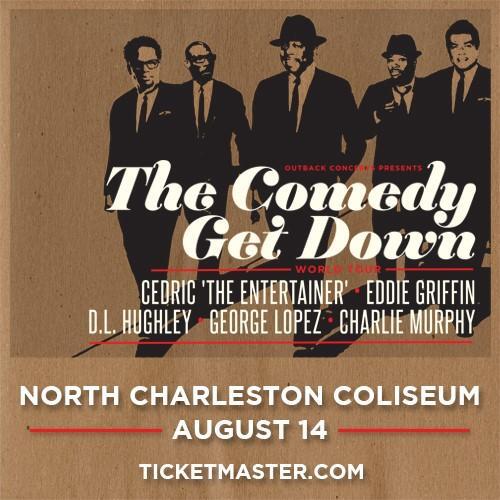 Some of the biggest names in comedy will perform at the North Charleston Coliseum on August 14th. The Comedy Get Down Tour will include heavyweights Cedric ‘The Entertainer’, Eddie Griffin, D.L. Hughley, George Lopez, and Charlie Murphy.

The group has been featured in numerous movies, television shows, sitcoms, standup specials, radio shows, and more. This is a great opportunity to see some of the best comedians in the business. The show will start at 8 pm. Tickets go on sale this Friday at 10 am.

Here’s a little refresher on each of the comedians:

Gabriel Iglesias Returns to North Charleston with the #FluffyBreaksEven Tour

MRSOE! Presents Stand-Up at The Sparrow with Noah Gardenswartz