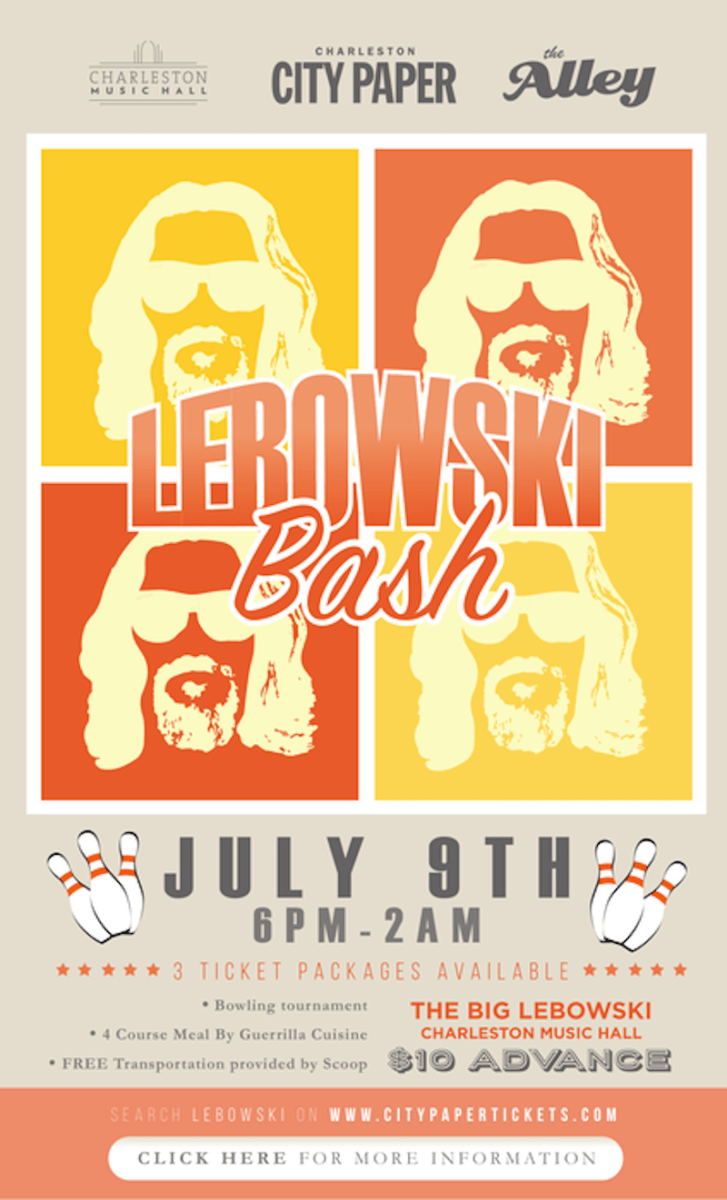 The Charleston Music Hall, The Alley, and the Charleston City Paper are once again teaming up for the annual Charleston Lebowski Celebration. The third edition of this event will be held on Thursday, July 9th.

This year, tickets come in three levels, but all include a viewing of the cult classic at the Music Hall and a White Russian at The Alley: