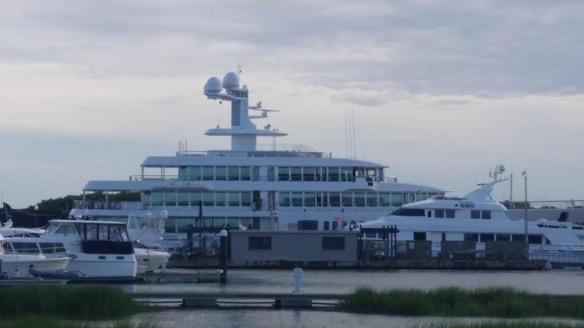 According to a few Charleston residents, serial entrepreneur Mark Cuban’s yacht, Fountainhead, is currently docked in the Charleston City Marina.

Cuban, who is the owner of the NBA’s Dallas Mavericks and one of the stars of Shark Tank, named the yacht in honor of the Ayn Rand novel The Fountainhead. The vessel is reportedly over 280-feet long and is ranked by Boat International as the 55th largest yacht in the world.

There has been no confirmation that Cuban himself is here in Charleston. Holy City Sinner will keep you posted as information becomes available.